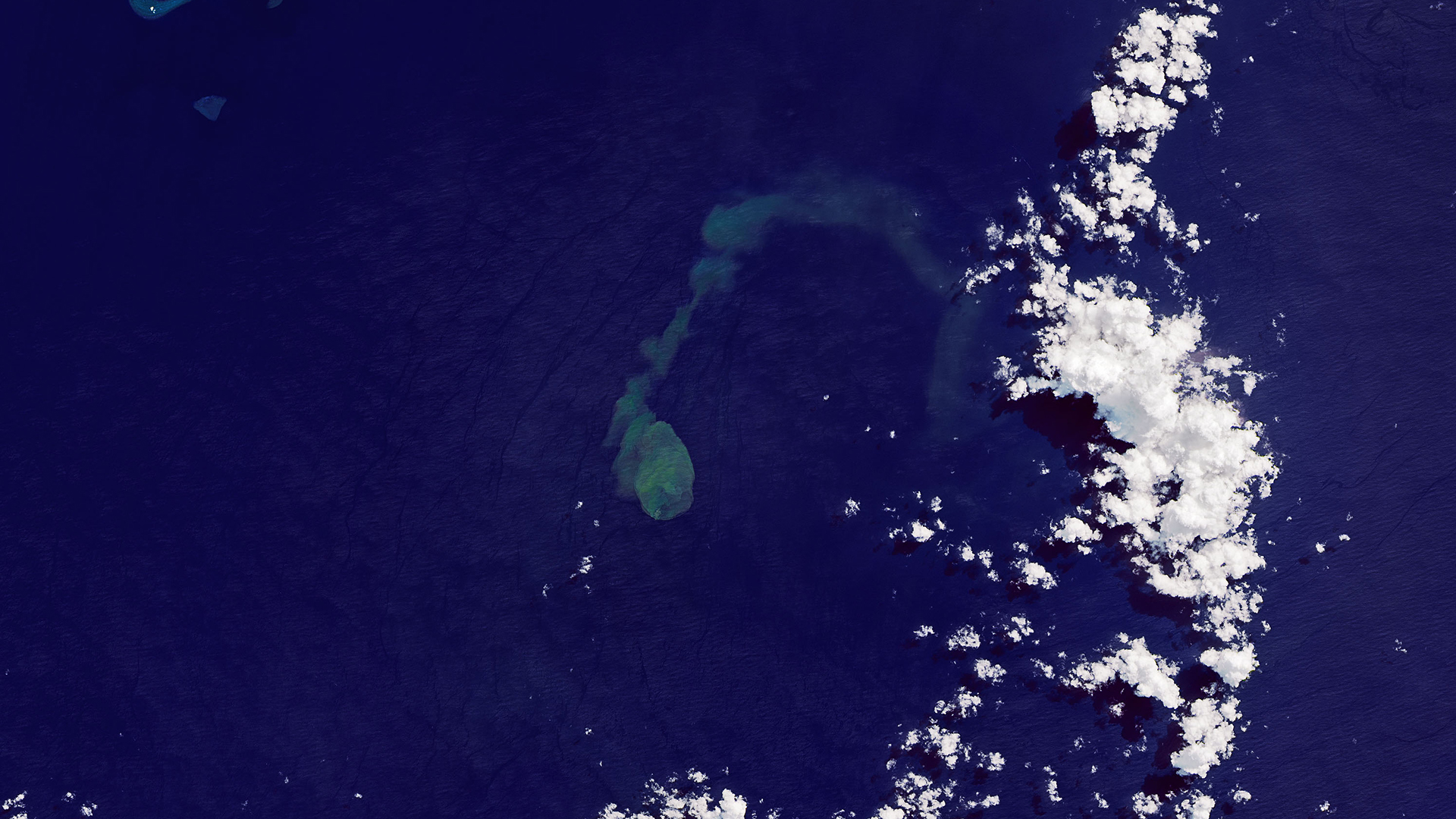 An active underwater volcano in the Solomon Islands, Kavachi Volcano has long been home to sharks. However, their once-peaceful playground in the Southwest Pacific has recently turned a little less quiet.

In recent months, NASA satellite images have revealed discolored plumes of water over the volcano – telltale signs of volcanic activity pointing to multiple eruptions. The images were acquired by the Operational Land Imager-2 (OLI-2) on board the Landsat-9 satellite, the Smithsonian Global Volcanism Program.

NASA’s Goddard Space Flight Center in Greenbelt, Maryland, shared the news in a weekend tweet which read: “You heard about Sharknado, now get ready for Sharkcano.”

The tweet also mentioned that Kavachi happens to be “one of the most active underwater volcanoes in the Pacific.”

Researchers noticed changes in water color over the volcano in April and May, and the volcano likely began erupting as early as last October, according to a statement released by NASA’s Earth Observatory. Before that, the most recent major eruptions took place in 2014 and 2007. (Records show that Kavachi’s first recorded eruption occurred in 1939, with subsequent explosions creating ephemeral islands.)

earlier research A study conducted by the National Oceanic and Atmospheric Administration (NOAA) found that the volcano’s warm, acidic plumes of water typically contain particulate matter, volcanic rock fragments, and sulfur, the latter of which “attracts microbial communities that thrive on it.” sulfur.” During a research expedition to Kavachi in 2015, scientists were surprised to discover that despite the site’s turbulent history, the volcano’s crater is also home to two species of sharks — hammerheads and silky sharks.

In a 2016 article in Oceanography magazine entitled “Exploring the Sharkcano‘ researchers wrote that the presence of sharks in the crater ‘raises new questions about the ecology of active underwater volcanoes and the extreme environments inhabited by large marine animals.’

Kavachi’s peak is approximately 20 meters below sea level, with its base extending 1.2 kilometers above the sea floor. The volcano lies about 15 miles (24 km) south of the island of Vangunu, one of more than 900 islands formed in a tectonically active area that make up the Solomon Islands archipelago. Residents of neighboring islands have reported regularly seeing steam and ash on the water’s surface, further confirming that the so-called Sharkcano is seeping beneath the surface.