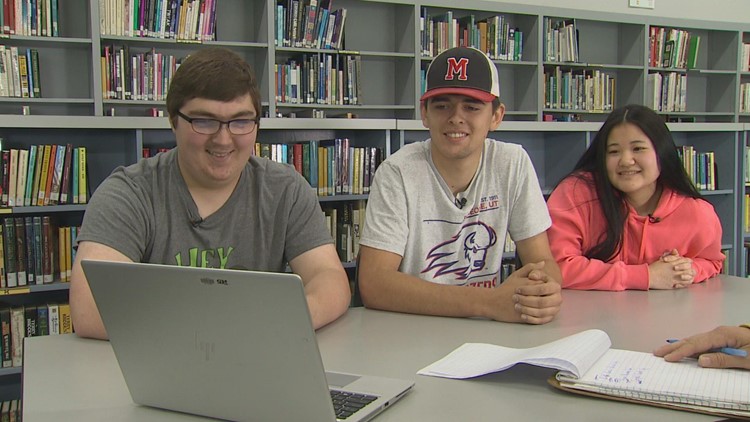 The Mossyrock Kindergarten Class of 2012 received a special endowment of $2,500.

MOSSYROCK, Wash. — Campbell Senter doesn’t remember receiving the scholarship, but she always thinks about it.

“I’m very glad I have it because then I don’t have to worry so much,” said Senter, who is about to graduate her sophomore year at Mossyrock High School.

When she was a kindergartener in 2012, Senter was one of 19 students who received a $2,500 special endowment from TransAlta, operators of the Lewis County coal-fired power plant.

The students were selected after planting trees in a state park.

When students graduate from high school, they can use the trust fund to help fund continued education.

Senter plans to pursue a business degree after graduating from Mossyrock High School in 2024. But she’s not waiting until then to start her college studies.

In the fall she will be taking classes at Centralia College.

“I take Chinese, Economics, and then English 101,” Senter said. “Ever since I was little, I always wanted to go to college.”

4 not too deep questions for the 'White Lotus' cast