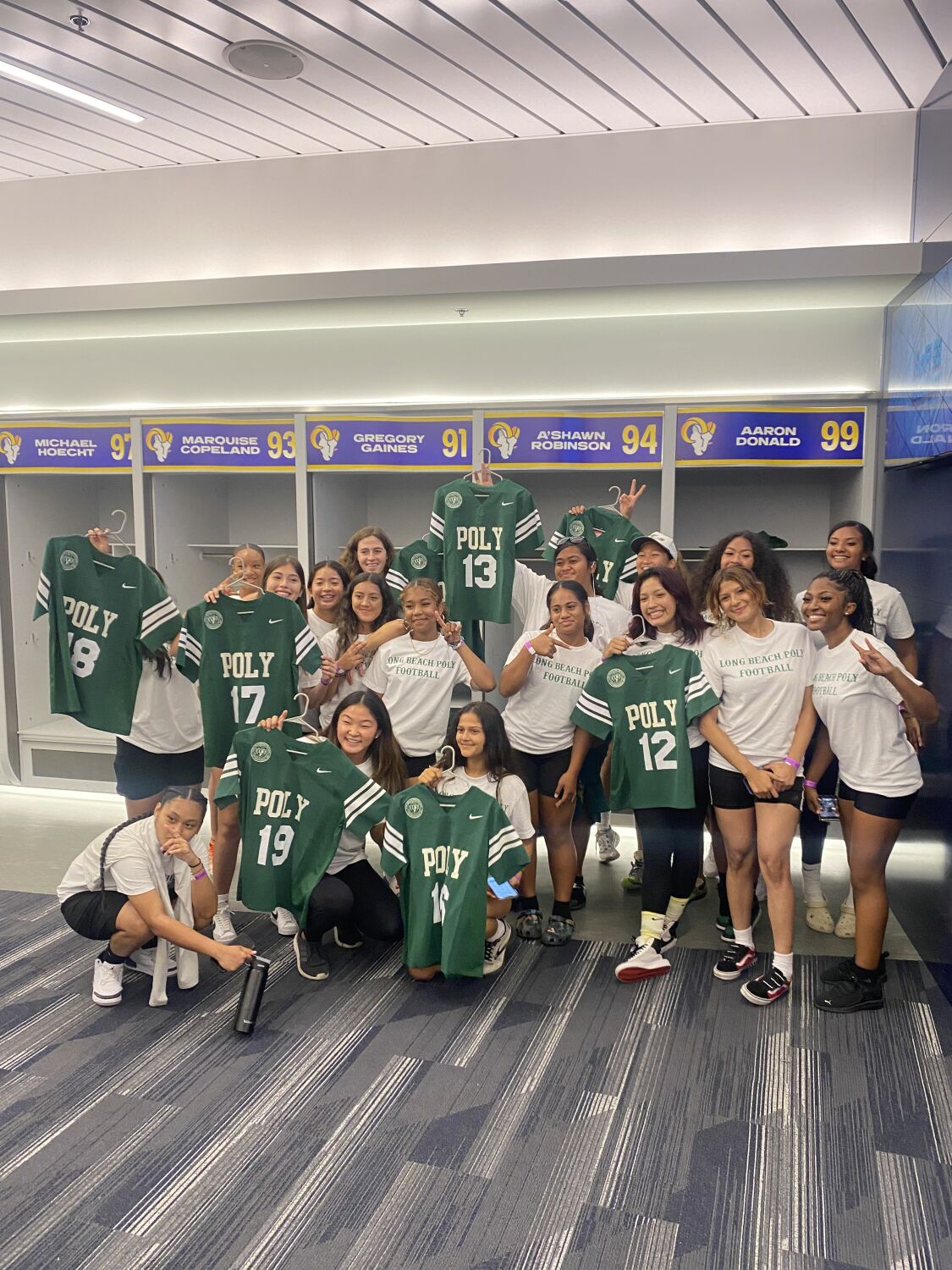 During Joe Torres’ days in Baltimore, where he established the football program at St. Francis Academy, homecoming game halves were special.

It was then the girls’ turn to march onto the field and split up into juniors versus seniors for a game – “powder puff” football, as it’s called. The boys, meanwhile, went to the sidelines and channeled the fuel midgame into cheerleading and coaching.

Torres, now King/Drew’s soccer coach, envisions the same thing when his school’s team plays in the Los Angeles Girls Flag Football League of Champions this winter. So count on the King/Drew guys to be there for support on Saturdays.

“I think everyone… is looking forward to the adventures that we’re going to have in football, period,” Torres said of King/Drew. “It’s always been a basketball school.”

The league, co-sponsored by the Rams and Chargers and featuring programs from both the Southern and City sections, is expanding to 16 teams from its original eight teams last season.

The league held a jersey reveal Thursday night at SoFi Stadium, where girls posed for photos wearing new jerseys provided by Nike and romped across the Rams’ home turf.

“The atmosphere was incredible,” said Zac Emde, the Chargers’ director of football development.

After the CIF Southern Section voted to sanction flag football as a sport this fall, the League of Champions will serve as another presentation for the game ahead of February’s state vote.

For the past two weeks, Stephen Barbee, Long Beach Poly’s head football coach, has been hosting drills as early as 7 a.m. in preparation for the league. Each team will have 20 players – but Barbee said he’s had about 60-65 shows by morning sessions.

“Excited to see their enthusiasm for the sport, which I love,” Barbee said.

They’re pouring in from all directions — a preview of the commitment and talent that’s to come next fall and delivering state approval.

Record-setting gas prices in Southern California fall slightly, but for how long?

Honda fully reveals the design of its electric Prologue SUV