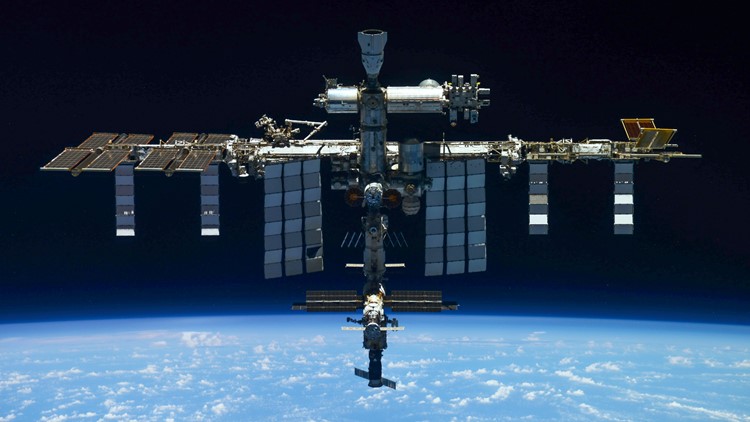 The experiment is the latest research project involving the launching of stem cells into space.

WASHINGTON — Researcher Dhruv Sareen’s own stem cells are now orbiting the Earth. The mission? To test whether they grow better in zero gravity.

Scientists at Cedars-Sinai Medical Center in Los Angeles are trying to find new ways to produce large quantities of a type of stem cell that can make almost every other cell type in the body – and potentially be used to treat many diseases. The cells arrived at the International Space Station on a supply ship over the weekend.

“I don’t think I would be able to pay for everything it costs right now” to take a private ride into space, Sareen said. “At least part of me in cells can go upstairs!”

The experiment is the latest research project involving the launching of stem cells into space. Some, like this one, aim to overcome the Earth difficulty of mass-producing the cells. Others are researching how space travel affects the cells of the body. And some help to better understand diseases like cancer.

“By pushing the boundaries in this way, it’s knowledge and science and learning,” said Clive Svendsen, executive director of Cedars-Sinai’s Regenerative Medicine Institute.

Six previous projects from the US, China and Italy shipped different types of stem cells — including his team’s study of the effects of microgravity on heart function at the cellular level, said Dr. Joseph Wu of Stanford University, who directs the Stanford Cardiovascular Institute. Wu helped coordinate a number of space-based stem cell research programs over the past year.

The terrestrial application of much of this research may still be a long way off.

Currently, the only stem cell-based products approved by the Food and Drug Administration contain cord blood-derived hematopoietic stem cells for patients with blood disorders such as certain cases of lymphoma. There are no approved therapies that use the kind of stem cells that are sent into space, or others that come from them, said Jeffrey Millman, a biomedical engineering expert at Washington University in St. Louis.

But ongoing clinical trials of stem cells are targeting diseases such as macular degeneration, Parkinson’s disease and heart attack damage. And Millman is involved in research that could lead to a new approach to treating type 1 diabetes.

That promise is tempered by a frustrating Earthly problem: the planet’s gravity makes it difficult to grow the vast amounts of cells needed for future therapies, which could require upwards of a billion per patient.

“With current technology, even if the FDA approves one of these therapies immediately, we don’t have the capacity to manufacture it,” Millman said.

The matter? In large bioreactors, the cells must be vigorously stirred or they will clump together or fall to the bottom of the tank, Millman said. The stress can cause most cells to die.

“With Zero G, there is no force on the cells, so they can just grow in a different way,” Svendsen said.

The Cedars Sinai team sent up what they call induced pluripotent stem cells. Many scientists consider them perfect starting materials for all kinds of personalized cell-based treatments. They carry a patient’s own DNA and are similar to embryonic stem cells in their versatility, except that they are reprogrammed from adult skin or blood cells.

For their NASA-funded experiment, a shoebox-sized container contains bags of cell beads and all the pumps and solutions needed to keep them alive for four weeks. The cargo will also contain neural stem cells sourced from Svendsen. The scientists used stem cells obtained from their own white blood cells because it was easy for them to give their consent.

You will conduct the experiment remotely using a box of cells on Earth for comparison. You’ll get the space experiment back in about five weeks, when it returns in the same SpaceX capsule.

The work is expected to pave the way for more NASA-funded research. If they’re able to figure out how to make billions of cells in orbit, Svendsen said, “the impact could be huge.”

During the same cargo launch, researchers at the University of California, San Diego sent blood stem cells to the space station, a repeat of an experiment they conducted last year. They want to find out if low Earth orbit leads to faster aging of cells, leading to problems that pave the way for precancerous changes. One goal is to protect the health of the astronauts.

Afshin Beheshti, a researcher at NASA Ames Research Center, said scientists are just beginning to understand some of the risks of spaceflight.

“There are more unknowns in space than known,” he said. “Each new type of experiment will shed light on how the body responds to the space environment.”

Ultimately, Beheshti said, research should yield more than practical, earthly solutions like new drugs. It will also aid in distant human endeavors such as living on other planets.

Column: Dodgers and Angels find themselves on opposite paths

TLC ‘Welcome To Plathville’ Spoilers: Who is that guy with Kim Plath?