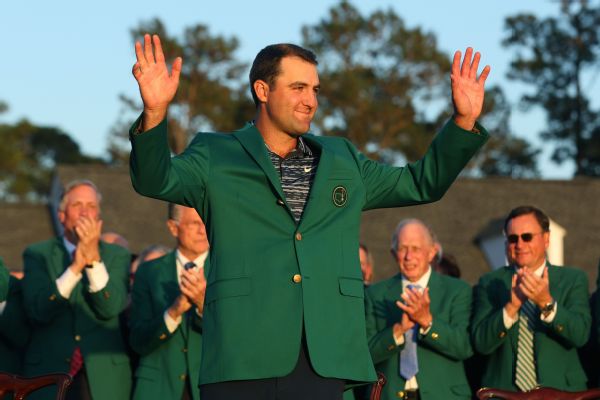 ST. ANDREWS, Scotland – Scottie Scheffler feels no pressure to be the world’s No. 1 golfer as he believes people around the sport don’t necessarily see him as the best player in the world.

“I think it’s good. I think I’m number 1 in the rankings,” said Scheffler ahead of The Open at St Andrews on Wednesday. “I’m not sure if I’m perceived that way by all of you or whoever, but these are things I never really think about. For me, I’m just trying to go out and play good golf.”

When asked why he didn’t feel recognized as world No. 1, Scheffler replied: “I don’t feel like I’m given any extra attention. I haven’t read much but I would assume not everyone picks me to win this week, just stuff like that.

Scheffler has been at the top of the leaderboard since March 28 after winning the Dell Technologies Match Play in Austin, Texas. He won his first major title at the Masters in April.

He has enjoyed his time at St Andrews and spent time navigating the ‘Road Hole’ bunker at #17 in practice. While he hopes to avoid that trap when he tees off Thursday, Scheffler said the unpredictable wind and firm nature of the course mean he’s bracing for the unexpected over the next four days.

“I think that’s one of the special things about this golf course. It’s so simple, but really fun to play,” said Scheffler. “Whatever the conditions, I’m going to go out there and have a good time just hitting all sorts of weird shots.”

Scheffler scoured YouTube and found clips of past champions triumphing at St Andrews. He looks for those little tips on how they approached the course and takes heart from how Tiger Woods, Jack Nicklaus and Nick Faldo fared at St Andrews after triumphing at Augusta.

But despite being in an elite group of players reaching the top of the golf rankings, Scheffler said he doesn’t feel the heat at the 150th Open.

“I don’t have the feeling that there’s more pressure on me,” said Scheffler. “I show up like everyone else and try to come here and play well in a golf tournament.

“Being the home of golf and the Open Championship definitely amps things up a bit, but that goes for all areas. I don’t think it matters if I’m world no. 1 or world no. 50 – I want to win this tournament as badly or better than anyone out here.”

Target Deal Days 2022: Everything to Buy From the Amazon Prime Day Competitor Event