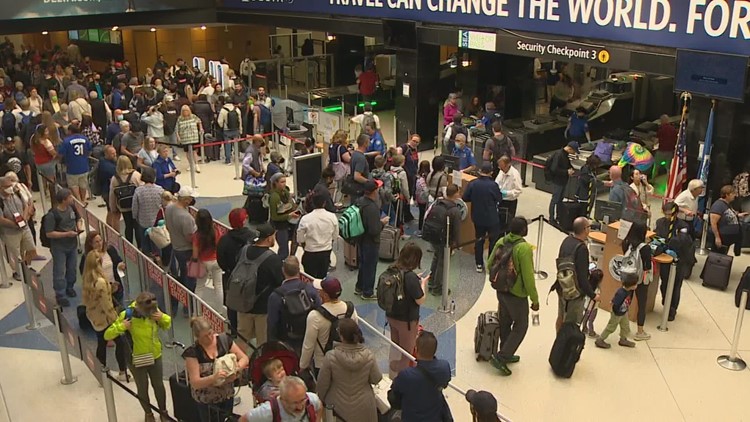 According to the Port of Seattle, the airport, airlines and TSA are hiring more staff for the weekend.

According to the Port of Seattle, the airport, airlines and TSA are hiring more staff for the weekend. This decision comes after travel volumes remain higher than normal for this time of year, according to the port.

Summer travel volume has not declined as it would normally have done up until the fall season, the port said. On September 18, between 7 a.m. and 1 p.m., TSA screened more passengers than any other morning since the COVID-19 pandemic.

That day, security check lines extended into the parking garage, in what the airport’s media officer called a “very unusual” situation. Wait times reached up to at least an hour. TSA reported that about 28,000 passengers cleared security between 6 a.m. and 12 p.m., with a total of about 60,000 travelers throughout the day.

According to Perry Cooper, the airport’s media relations manager, the longest wait time the Port of Seattle has recorded was 90 minutes. However, TSA said wait times did not exceed 60 minutes. Travelers say they waited more than two hours.

The next day, the airport again warned of longer waiting times at security checks.

Over the summer, TSA hired additional staff to cover summer travel. Foot traffic through Sea-Tac Airport has traditionally dropped about 15% after Labor Day weekend, according to the port. Staffing was reduced after Labor Day, but travel remains at summer levels.

According to the port, 91% of travelers made it through security in less than 30 minutes, and 68% in less than 20 minutes.

In addition to more staffing for the weekend, the Port of Seattle is still suggesting travelers arrive two hours early. The port encourages travelers to use the SEA Spot Saver, which allows travelers to reserve a spot in the security line.