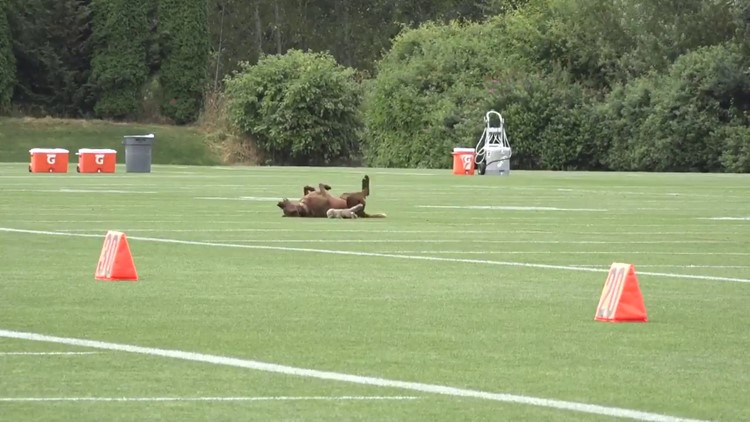 RENTON, Wash. — Turf, a chocolate-colored Labrador who became a fan favorite at Seahawks headquarters, died at age 9 after a battle with cancer.

A statement about Turf’s Twitter account reads: “Thankful. The best life a dog could have dreamed of. Thank you @Seahawks organization, @12s, the players, coaches, staff – for everything. Don’t be sad he left, be glad he lived the ultimate and fullest life.”

Turf’s owner, one of the ground staff members at Virginia Mason Athletic Center in Renton, brought the lab to the facility during the 2013 season.

Four years later, Turf became one of the fan favorites at training camp.

Kenny Atkinson to stay with Warriors over Hornets