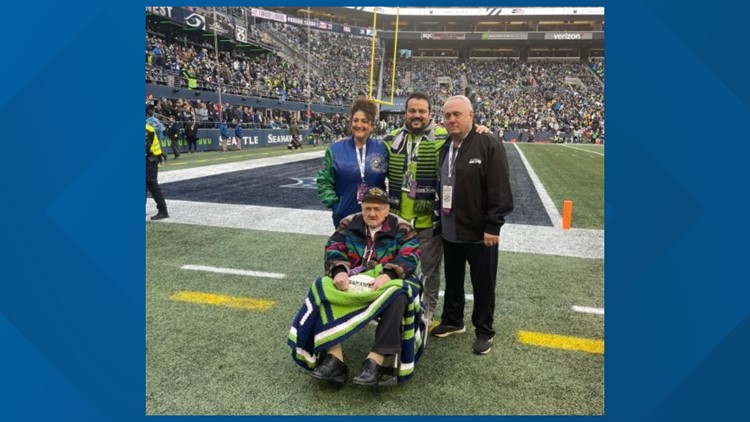 SEATTLE — Just days after the 81st anniversary of the attack on Pearl Harbor, a 100-year survivor was honored at Sunday’s Seahawks game at Lumen Field.

Leo George Allard was at Pearl Harbor on December 7, 1941 on the USS Reid. Allard served a total of nine years in the Navy and was greeted with a round of applause from the crowd at the Seahawks’ game against the Carolina Panthers on Sunday afternoon.

“I’m super emotional. I’ll probably start crying. But he deserves everything. I’ve wanted to shout it from the tops of the mountains since I was a kid, so I guess I had to call the Seahawks to get it done,” said Danielle Pettit, Allard’s granddaughter.

Allard received a challenge coin and autographed football from the Seahawks, and his family said it meant the world to him to be recognized in front of the more than 60,000 spectators at Lumen Field.

Claremont party furor: Why was choir at 'dirty Santa' event?

Golden Globes: Hollywood still 'on the fence' about 2023 awards

What to watch for in USC Trojans’ game against Notre Dame

How sports helped drag L.A. out of pandemic unemployment rut