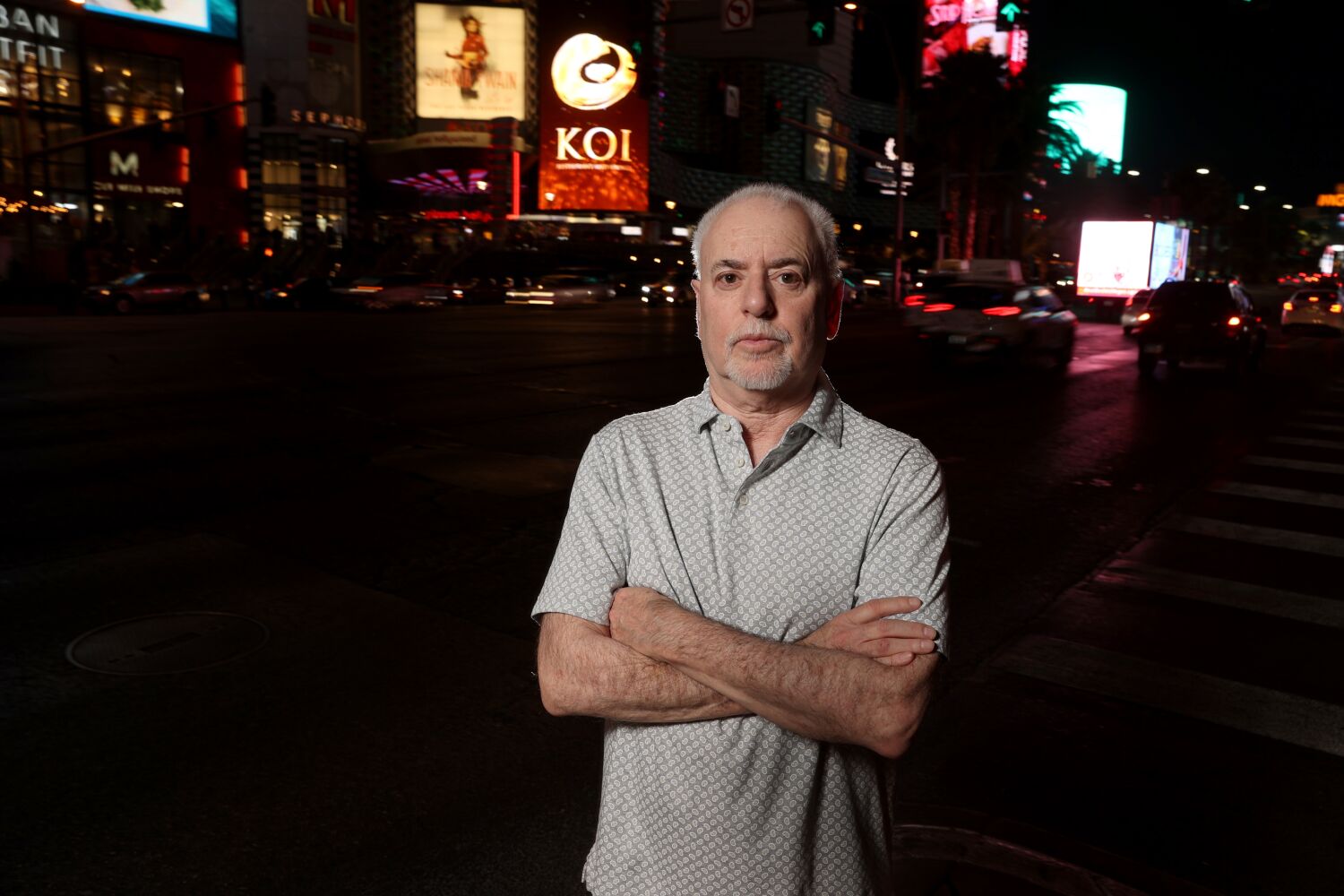 The home of a senior Clark County official who was the subject of investigative stories by Las Vegas Review-Journal reporter Jeff German was raided Wednesday by police as part of the murder investigation into the journalist’s fatal stabbing.

Las Vegas Metro Police served the warrant for the home of Clark County Administrator Robert Telles, who lost a primary in June after German’s stories uncovered allegations of bullying, favoritism and an inappropriate relationship between Telles and a subordinate . Telles had publicly accused German of being a “bully” and of conducting a “smear campaign” against him.

Telles has not been charged with a crime and could not be reached for comment.

The search came a day after police announced they had linked a red or maroon 2007-2014 GMC Yukon Denali to the fatal stabbing of the 69-year-old German outside his home in northwest Las Vegas. German was found Saturday morning, but investigators said they believe the killing took place Friday morning and security footage linked the SUV to a suspected attacker.

An SUV matching that description was towed from Telles’ driveway Wednesday morning as detectives searched the home. Las Vegas police released two images Tuesday that they said were potential leads to the murder. One was a picture of an unidentified suspect, his appearance camouflaged by a wide straw hat, gloves and an orange long-sleeved shirt. The man was seen searching the area. The second was the Denali, which had chrome handles and a sunroof.

The Las Vegas Metro Police Department admitted after issuing the search warrant that they are “currently serving search warrants” in connection with the killing of German. The ministry did not want to give specific addresses. It was unclear if Telles is the sole target of the warrants.

In a somewhat confusing series of statements, the Las Vegas Metro repeatedly spoke of an “incidental incident” when urging the danger to the public. But they also said: “It appears that the suspect may have encased the area to commit other crimes before the murder took place.”

According to the Las Vegas Review-Journal, German was working on a new story about Telles the week he was stabbed.

Telles, who will remain in office until December, has publicly chastised Deutsch, accusing him in one tweet of writing a “lying diatribe” and of being a “bully” in another.

Editor-in-Chief Glenn Cook said German had not shared any concerns about his safety with the paper’s executive team.

“We hope they find this person very quickly so that we can get answers to any questions that we, as his colleagues and friends, have that relate to our work,” he told the Times over the weekend.

German was previously a longtime columnist and reporter for the Las Vegas Sun, where, according to his biography, he covered courts, politics, labor, government and organized crime. He joined Review-Journal in 2010 where his investigative work has covered stories of organized crime, political corruption and government failures.

Cook said German’s “bread and butter” was “great stories to tell,” with many of his investigations leading to significant reforms.

Apple’s iPhone 14 Pro Kills Off the Notch, All Hail the ‘Dynamic Island’