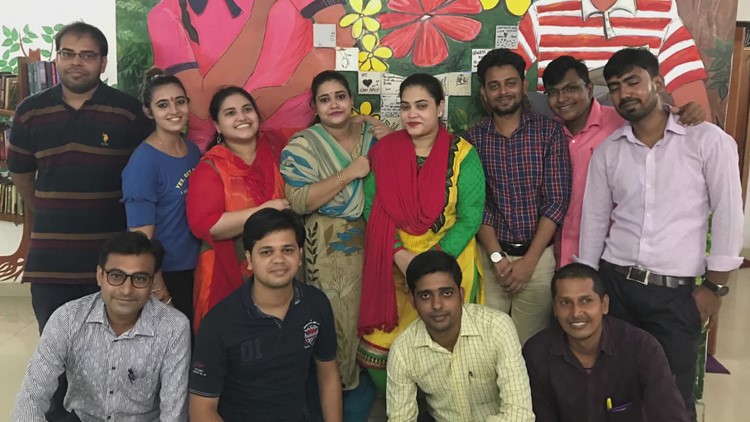 “I was blown away when I shared about the mission and inspiring work being done at a school in Kolkata, India,” said the founder of Balo USA.

Both Leache and Ravaioli witnessed struggles at orphanages and homes for the “poor and dying.”

“In 2006 Betta returned to India to continue her work in the orphanage. Two children have won her heart, Puja and her younger brother Bharot,” Leache said. “They weren’t orphans, but their mother was mentally ill and could not take care of them, and their father was away on business. When Betta returned, she was very disappointed to learn that the orphanage was orphanage. closed, and the children were returned to their mother’s indiscriminate care. That was the trigger that caused Betta to start moving.”

Leache remained in touch with Ravaioli and others working on the mission, and in 2015 – Leache said she could join the effort and Balo USA was founded.

“We raise about $50,000 a year, and we expect that number to continue to grow as people learn about the significant impact some dollars have on the lives of the poor in rural areas,” says Leache. India.

A major fundraising event, Balo Bash, is being held on October 21 at OmCulture Wallingford in Seattle and will showcase Indian food, culture and dance. There will be dinner, drinks, music cakes, wine raffles and silent auctions.

Leache said it’s important to support local organizations as well as those that are doing “meaningful work” around the world.

“In 2019, I returned with my three children to Kolkata for the first time since 2005, and I was blown away by Balo’s life-changing work and incredible success,” says Leache. “It’s unbelievable. I can honestly say that in my nearly half-century of life, I’ve never known an organization as carefully and thoughtfully operated as Balo.”

A $50 ticket includes the entrance fee and one that can be used to buy drinks or raffle tickets. Drinks extra and raffle tickets are $5 each.

For more information or to purchase tickets to the event, click here.