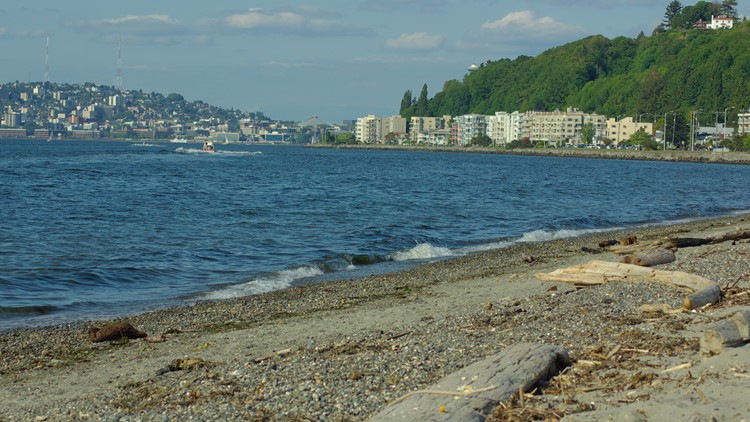 SEATTLE — Beginning Saturday, six local beaches will be open in Seattle as western Washington prepares for its first heat wave of the year.

The beaches offer people a chance to cool off if they follow the National Weather Service (NWS) heat alert for western Washington. The region is now preparing for the first hot spell this weekend.

The NWS warned residents of hot conditions with highs in the mid to high 80s on Saturday and low 90s on Sunday and Monday. According to the NWS, overnight temperatures on Saturday and Sunday evening “are likely to cool only to the low 60s for many locations.”

Most of western Washington will see highs in the mid to upper 80’s and some lower 90’s on Sunday and Monday. These will be the first 80 and 90 degree days of the year for the region.

The NWS said residents should try not to be outdoors in the sun between 10am and 4pm and stay in a cool place during the heat of the day.

Weather officials said this warm-up will not match the extremes of last year’s heatwave, but precautions should be taken to stay cool during the heat.

Last year’s record-breaking heat wave brought the highest temperatures ever recorded in Seattle and several straight days of triple-digit highs throughout the Puget Sound region. Temperatures reached as high as 118 degrees in Maple Valley and 116 degrees in Issaquah.

The Washington Department of Health (DOH) said 91 people are likely to have died due to the historic heatwave in the Pacific Northwest from late June to early July. Most of these deaths occurred in King and Pierce counties.

As temperatures rise during the summer months, King County announced its first-ever “Extreme Heat Mitigation” plan on Friday to reduce the impact of future heat
Waves.

According to the Centers for Disease Control and Prevention, heat has proven to be the number one weather-related killer in the United States.

Here are five ways to stay cool during a heat wave:

RELATED: How to build your own DIY air conditioner

The woman who brought down Roe vs. Wade wants to take abortion battle to California