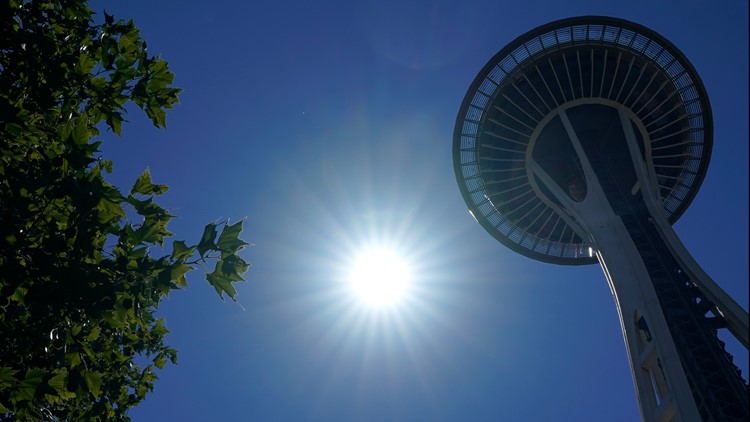 SEATTLE — Seattle broke the record for most 90-degree days in a year on Saturday when the temperature hit 92 degrees.

The temperature on Saturday was also a daily record for September 10th.

According to the National Weather Service, there were 13 days with 90 degrees or more in Seattle in 2022.

A red flag warning was issued on Friday and Saturday due to high temperatures and windy conditions. The Goat Rocks Fire had spread to several thousand acres in Gifford Pinchot Forest by Saturday. The Bolt Creek Fire ignited and spread to 7,600 acres near Skykomish and Grotto.

Temperatures will return to typical seasonal norms as an upper trough moves into the region on Monday, with more chances of showers, the NWS said. High temperatures will prevail in the mid-60s on the coast and in the mid-70s inland.