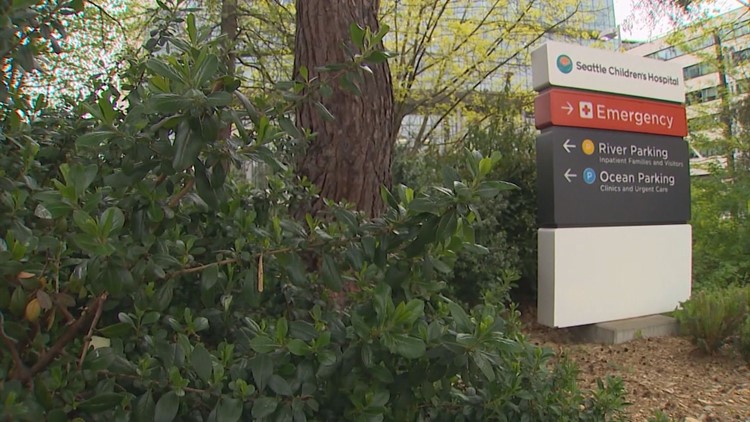 Seattle Children’s Hospital is temporarily reducing the number of mental health beds for children and young people in the psychiatry and behavioral medicine departments.

SEATTLE — Middle school can be tough, but right now, 12-year-old Jazzy Helmy’s number one concern is getting into theater auditions.

Helmy said: “It was the musical Legally Blonde and I was probably going to audition for one of the schoolgirls.

It’s a good kind of stress. Jazzy and her parents spent years trying to get the resources she needed.

“I have autism. But as a human being, I’m not just autistic,” says Helmy.

Jazzy has stayed at the Seattle Children’s Psychiatric and Behavioral Medicine Unit, PBMU, more than a dozen times.

“A lot of times I can’t remember what happens when I’m really upset or angry,” says Jazzy.

Sometimes Jazzy is received, other times, they send her home.

“So where do we send our kids when we can’t handle them at home? We’re not bad parents. We don’t have the resources,” says Lori.

With 41 beds and accepting children ages 3 to 17, Seattle Children’s is temporarily reducing the number of beds due to upcoming projects and upgrades.

“Just last week, I had parents in the emergency room or waiting room for hours on end,” said Rachel Nemhouser, Arc of King County Director of Community & Family Support.

Her job is to support parents and children with developmental disabilities. Nemhouser said sometimes overlaps with PBMU.

Nemhouser added that parents frequently turn down PBMUs and may have nowhere else to go due to the lack of beds and resources available statewide.

Nemhouser, who also has a son with autism, said: ‘It was heartbreaking to find out that the last resort wasn’t even available.

Lori said she will continue to fight for her daughter, who is getting better. It’s been a year since she was last admitted.

Jazzy said: “I feel like since I got into better environments like school, it helped me and was able to integrate into society more.

Guardians of the Galaxy Arm Themselves For Their Next Mission