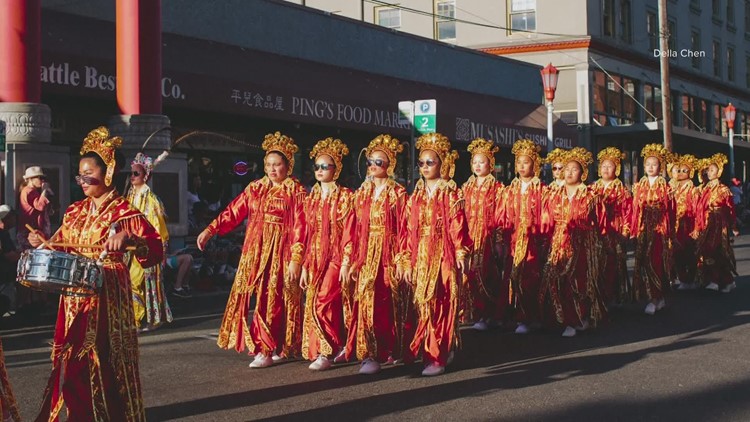 For seven decades, the Seattle Chinese community’s girl drill team has marched to the beat of its own drum.

For 70 years, the Seattle Chinese Community girls’ drill team has marched to its own pace.

“This team is about women, girls and women, empowering and having a voice,” said Isabelle Gonn, director of the Seattle Chinese Girls Community Drill Team.

This group was founded in 1952 by Seattle-based Chinese-American restaurateur and politician Ruby Chow.

“The Chinese girls at that time didn’t have a place to go outside their homes and engage in other activities, so she created a safe place for the girls to come down and form a community,” Gonn said.

This group is the only drill team inspired by Chinese warriors in the country. It is known for its intricate marching formations and unique uniforms weighing 8 pounds and containing 8,000 hand-stitched beads.

“Just being here and seeing girls who look like you to me was a breath of fresh air when I came in,” said Celina Tran, the drilling team captain.

She, like many other members, comes from a long line of girls and women in their families who have marched for this team over the past 7 decades.

“It makes you realize that there isn’t just one way to be Chinese and Asian because although we all have the same ethnicity, we have many backgrounds and different families,” Tran said.

Tran added that she is proud to carry on the legacy for years to come.

“There is a need or desire to always be presenting our culture and to be part of something bigger. I think we’ll always be there,” Tran said.

The drill team consists of about 30 girls between the ages of 11 and 19. If you are interested in participating or volunteering in the team, please email chinesedrillteam@gmail.com.

Despite the heat, community gathers for annual 'Night in Venice' in Ocean City