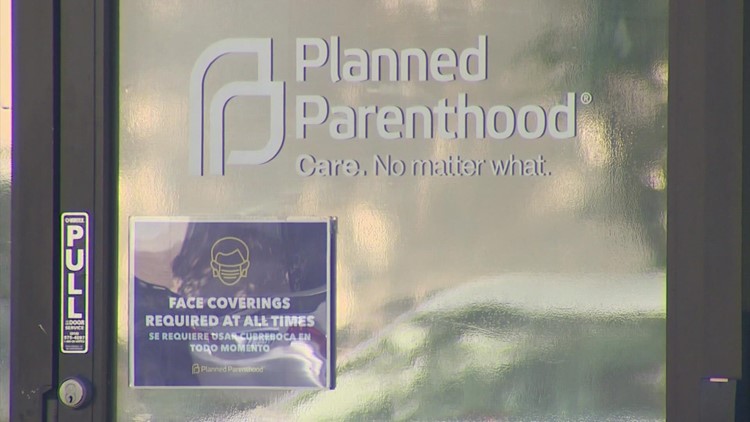 SEATTLE — Seattle City Council passed legislation on Tuesday that provides more protections for those seeking an abortion or gender-affirming care.

For Ashley Fedan, volunteering in women’s reproductive health is a calling, but her work can involve threats and intimidation.

“At an abortion clinic where I worked, we had chalk drawings in the parking lot saying killer,” said Fedan, a CRNA and abortion rights advocate.

The city council passed a law making it a misdemeanor to disturb someone seeking an abortion or gender-affirming treatment.

This includes physical disability, trespassing, harassing phone calls, or threats of violence against patients or healthcare workers. The Seattle Attorney’s Office would file the charges.

“I appreciate the fact that there is a penalty for intentional intimidation,” Fedan said.

Fedan wants patients to know that this move provides clinics with additional protection.

“These preventative regulations will be incredibly powerful in ensuring that people, not just women, need access to care, but everyone and they can do so safely and without intimidation,” Fedan said.

The second law adds new safeguards for civil rights. It would involve the Seattle Office for Civil Rights to investigate alleged discrimination based on pregnancy outcomes.

Not everyone agrees with the City Council’s actions. Brad Payne of the Family Policy Institute of Washington, an anti-abortion group, wants the Seattle City Council to take various actions, such as providing financial support to crisis pregnancy centers.

“That doesn’t mean that everyone who goes to a crisis pregnancy center will choose to carry the baby to term, but there are certainly a fair number of women who will change their minds as soon as they see that ultrasound,” Payne said .

On Friday, Councilor Morales plans to introduce a third law that would ensure these crisis pregnancy centers don’t make false or misleading statements.

The two bills passed on Tuesday will now go to the mayor’s desk for signature, then it would take 30 days for the laws to go into effect.