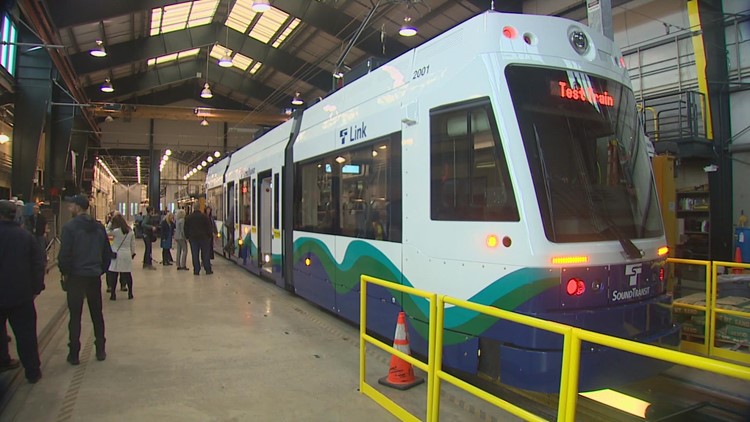 The West Seattle and Ballard light rail expansions are the largest infrastructure projects in the city’s history, according to the WSBLE City Team.

SEATTLE — The Seattle City Council will vote Tuesday on the next steps of the light rail extensions to West Seattle and Ballard.

It’s a $12 billion project that took years to build and will take decades to complete.

It is the largest infrastructure project in the city’s history, according to the West Seattle Ballard Link Extensions City Team.

The project would add more than 12 miles of new light rail track and more than 13 new expanded stations.

In June 2022, the City Council heard a presentation from the West Seattle Ballard Link Extensions City Team on the background, recommendations, alternatives and next steps for the massive project.

The council will vote on an amendment revising goals and objectives related to station perimeters, use of public right-of-way, potential future system expansions and construction methods.

The change would also revise the alignment recommendations for the SODO, Chinatown/International District and Downtown segments of the light rail as they would be associated with the new West Seattle and Ballard Extensions.

The Seattle City Council meeting is Tuesday at 2 p.m

The next step is the completion of the environmental impact study.

Traffic officials said the project is still in the planning stages, with a final decision expected next year. Construction would not begin until 2026 and would not be completed until 2037 or later.

In June, a West Seattle daycare center raised concerns about the potential project, saying it could be derailed by Sound Transit’s efforts to expand light rail service to the area.

Alki Beach Academy said it plans to more than double its size to its licensed capacity for 300 children, but the routes listed as Alternative DEL-5 and Alternative DEL-6 yield the worst results and may require the daycare to be demolished.

“We couldn’t function,” said Kanchan Schindlauer, who depends on West Seattle Day Care for her two children. “I couldn’t run a business. My husband could not work full time without the support they offer us.”

San Francisco couple allowed to park in their driveway again after threatened with $1,500 fine from city

Help us create an ultimate karaoke guide. Tell us what your go-to songs are (and why)