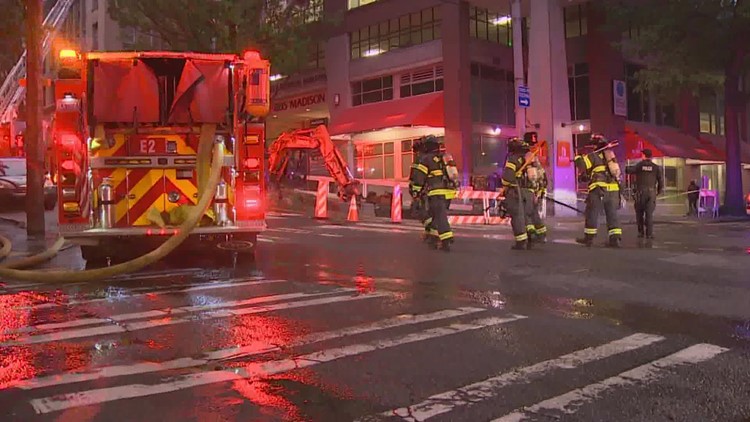 SEATTLE — In trying to fill 113 positions at the Seattle Fire Department, Chief Harold Scoggins said they are focused on recruiting more women and people of color.

Currently, 93% of Seattle firefighters are men.

“The leadership of our organization is predominantly white. That’s the fire department in general,” said Harold Scoggins, Seattle Fire Chief.

Kitsap Fire and Rescue Deputy Chief Kara Putnam said she’s also noticed a lack of diversity over the course of her 14-year career.

She says she had to overcome hurdles early on, like proving she could do the job. But today she sees progress.

“We have just hired four brand new female firefighters and I want to be a role model to them and let them know that you will find access to a leadership role in the fire service. You can be successful,” Putnam said.

Chief Scoggins said the Seattle Fire Department is also working to be a place where women and people of color can see each other in station leadership and said the department is seeing progress when it comes to new recruits.

“Approximately 35% of our population that has completed the process is actually colored,” he said.

Chief Scoggins added: “When I came here seven years ago we had nine deputy chiefs and none of them were women. Today four of them are women.