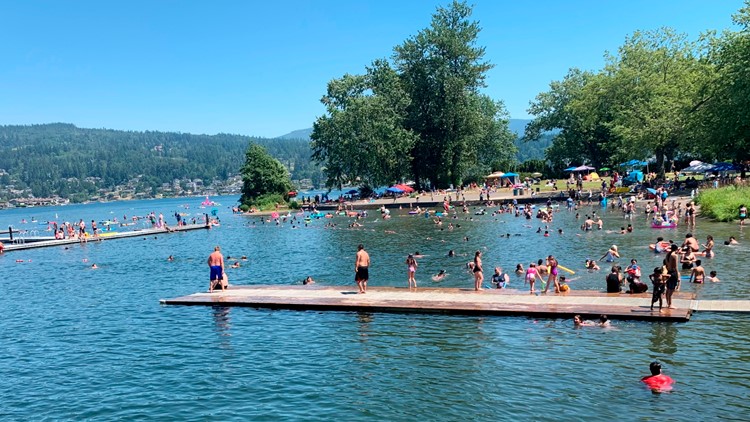 Climatologically, western Washington is entering the warmest time of the year and, as if on cue, hot temperatures are expected next week.

SEATTLE — Western Washington enters its warmest time of the year in late July through early August. Climatologically, this is when temperatures are typically at their hottest. As if on cue, confidence in the potential of a thermal dome building is growing across western Washington and the entire Pacific Northwest.

Heat domes are areas of higher pressure in the atmosphere that result in sunny skies and hot, sometimes dangerous, temperatures. These heat domes can send temperatures into the 90s and 100s in the afternoon, hold overnight lows in the 60s, and are sometimes difficult to break, allowing for days of above-average temperatures.

Although this event continues for a few more days, there is increasing support from our weather models indicating that a heat dome will form over the Pacific Northwest next week, July 25-29, allowing temperatures to rise above average, if not well above average.

The Climate Prediction Center sees the signal in the models favoring warm to hot temperatures for the region and has included western Washington in an area with a high probability of above-average temperatures. The average high for Seattle is in the upper 70’s.

It’s too early for specifics, but there are growing concerns about the possibility that temperatures could soar into the 90s in parts of western Washington and into the 100s in parts of eastern Washington for parts of next week. These details will be further ironed out in the coming days as we get closer to the event and have more confidence in the exact setup.

Looking ahead, all indications are that above-average temperatures, coupled with below-average rainfall, will continue through at least the first few weeks of August.

With the warmer and drier weather, the risk of fire will continue to increase, particularly east of the Cascades. Make sure you don’t get involved in outdoor burns and never throw cigarettes out the car window.

Blind hockey player making a name for himself in Kent

Hendersonville homes damaged by falling rocks from nearby construction site

Bachelorette 2022 recap: Who is going to hometowns with Gabby and Rachel?