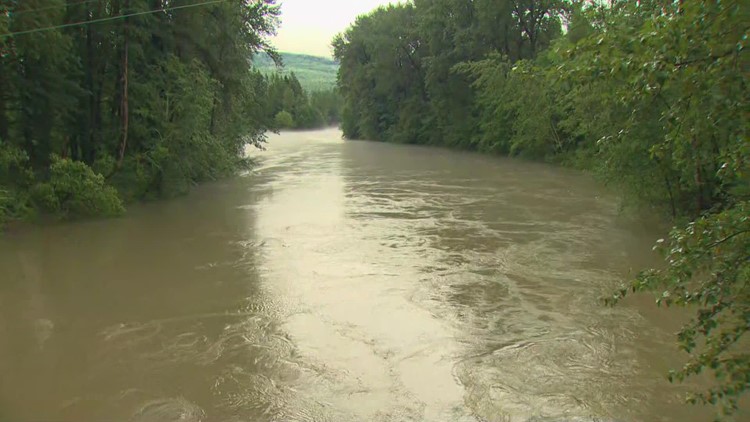 SEATTLE – The Seattle area on Friday made the list for the 10 wettest June months since records began.

The wettest June on record is currently 3.90 inches, according to the National Weather Service, and has been set back in 1946. The second wettest June was in 1964 with 3.82 inches of rain.

Between 1991 and 2020, normal precipitation for the month of June in the Seattle area is 1.57 inches, according to historical data from the National Weather Service. This is the third lowest monthly total precipitation. The same is true at Sea-Tac Airport, where the normal value is 1.45 inches.

Earlier in the month, an atmospheric flow brought heavy rains to the region in a matter of days.

A rare June storm just days later broke daily rainfall records in several cities and raised flooding concerns throughout the Puget Sound region. On June 9, Sea-Tac Airport recorded 1.10 inches of rain, breaking the old record of 0.72 inches set in 1993. The NWS said it was the sixth wettest June day on record at the airport.

The rain doesn’t seem to let up either. A deep inland Friday and Saturday will bring more showers and cool temperatures. Sunday begins with occasional showers before the weather improves.

More sun and warming temperatures are expected for the official start of summer on June 21st.