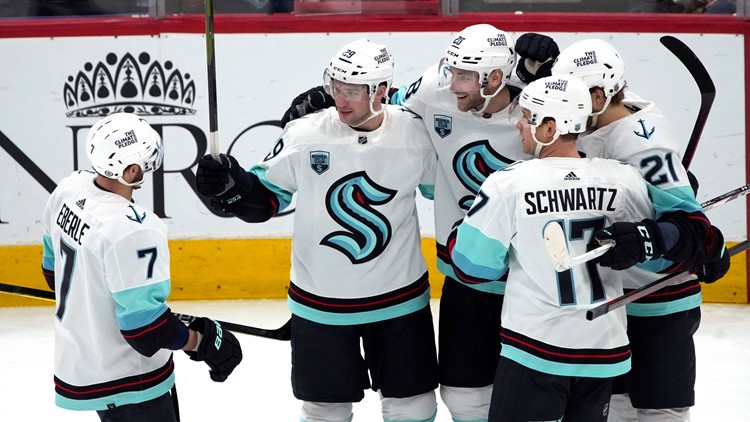 The Kraken will host the Vegas Golden Knights in their home opener for the new season on October 15th.

The Kraken will travel to Anaheim on October 12 for the season opener against the Ducks the team announced in a tweet.

Three days later, Seattle will host the Vegas Golden Knights on October 15 at the team’s home opener at the Climate Pledge Arena.

The Kraken will also host the Golden Knights on April 13 to wrap up its 82-game regular season.

The full Kraken schedule can be found here.

Attention passengers, the 2022-23 regular season schedule has arrived.#SeaKraken Fans, you are now ready to go. pic.twitter.com/twNPndcOQz

Despite initial optimism before the start of the season, the Kraken finished 27-49-6, including a nine-game losing streak in December and January, followed by 11 losses in 12 games in February and March. The playoffs, an immediate hopeful achievement to check off, were an afterthought before the All-Star break.

Seattle, which had the third-worst record in the league, finished the season 10-12-0 in their last 22 games, a mark that was a big improvement.

Now the Kraken has a fourth overall pick to complement his young core in NHL Draft Thursday.

The top pick gives the team an opportunity to complement 2021 No. 2 overall Matty Beniers, who joined the Kraken late in the season and has nine points in 10 games. The 19-year-old played up front with Ryan Donato and Jordan Eberle.

Armed with top prospects in back-to-back drafts, Seattle boasts more than $23 million in cap spot, giving the team multiple opportunities to turn one of the NHL’s worst teams into a playoff contender.