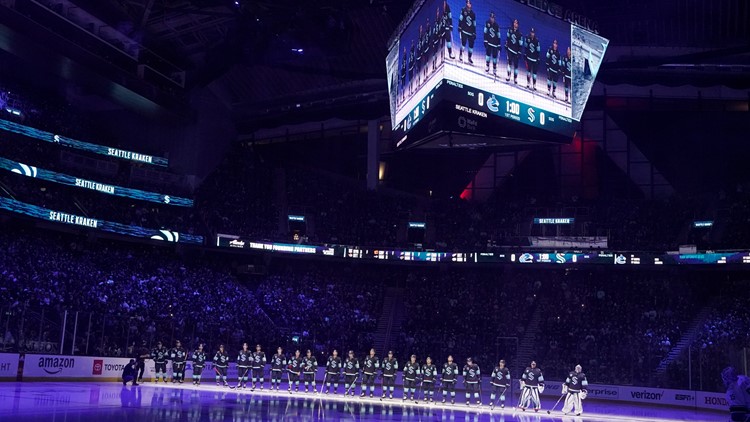 SEATTLE — The Seattle Kraken have promoted Alexandra Mandrycky to assistant general manager after three years as director of hockey strategy and research.

Mandrycky was one of the Kraken’s first front office employees after the NHL awarded the expansion franchise. She currently becomes the sixth assistant general manager in the NHL.

“I am very honored to take on this role with the Kraken,” Mandrycky said in a statement on Wednesday. “I would like to thank my team, who play an integral part in the day-to-day success of our department and organization. I appreciate the trust that Ron and Tod Leiweke have shown not only in me but in our entire department and I look forward to continuing to grow with this team.”

Mandrycky will work alongside Ricky Olczyk and Jason Botterill as assistant general managers alongside GM Ron Francis. Mandrycky will continue to lead Seattle’s research and development team, but will also oversee amateur scouting as part of her promotion.

Mandrycky spent four seasons as an analyst with the Minnesota Wild before joining the Kraken.

Kanye West ends partnership with the Gap after public feud