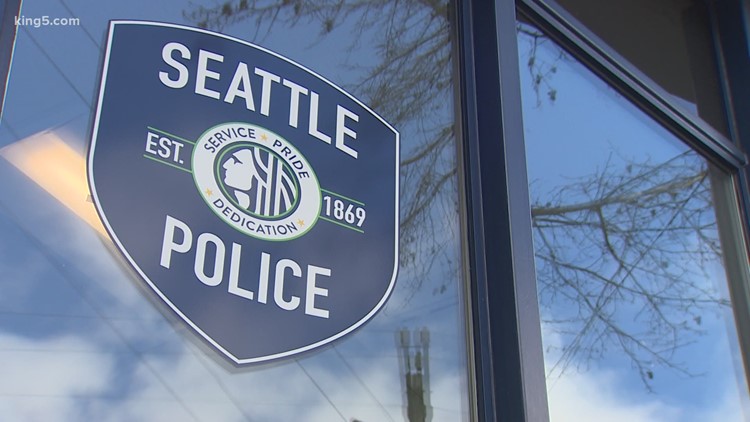 The recruiting strategy includes proposed hiring incentives of up to $30,000 for cross-promotions and $7,500 for new hires.

SEATTLE — In recent years, the Seattle Police Department (SPD) has warned of a staffing crisis.

The department has resorted to offering hiring bonuses and relocation expenses to help with recruitment efforts.

Harrell said the recruiting strategy includes hiring incentives of up to $30,000 for cross-promotions and $7,500 for new hires. According to the plan, candidates who apply for the SPD should be reimbursed for application fees, travel expenses and relocation costs when they are hired. Seattle City Council would need to approve the stimulus for it to go into effect.

“Without a well-staffed and well-trained police department, we cannot provide the effective public safety, rapid response times, and thorough investigations that our communities deserve,” Harrell said. “While SPD staffing levels today are at crisis levels, we also have an opportunity to restore and rebuild a Seattle Police Department that lives up to our highest values ​​and priorities. We need the right number of officers and the right kind of officers.”

The plan hopes to expand the applicant pool by prioritizing officers who “reflect Seattle’s values ​​and diverse communities and are committed to public service.” Harrell said officials with diverse racial and immigrant backgrounds, higher education, language skills over English, and people who appreciate life in Seattle will be prioritized.

Harrell’s goal is for the department to reach 1,400 officers. According to the city, Seattle had 1,315 officers in 2017, the highest total in the past seven years.

The mayor called it a “realistic” goal, but noted that he needs to undo the reputational damage Seattle has suffered over the past three years.

“My job is to promote the goodness of Seattle,” Harrell said. “That’s what I do. I will continue to speak to officials, the people of the city. We won’t give up. We’re going to change the narrative and it starts with this plan. Changing the narrative will be critical to our success.”

Security and policing were big issues for the mayor during his tenure.

Over the past two and a half years, more than 400 police officers have left the department through retirement or resignation, according to the City of Seattle. The number of trained and operational officers stands at 954 in 2022, the lowest level in over 30 years. Seattle’s population was almost half what it is today.

The number of officers in the Seattle department fluctuated between 1,200 and 1,300 for seven consecutive years before declining to 1,094 in 2020, according to the City of Seattle.

The trend really started in the summer of 2020 with no concrete solution to change course.

New data released in April showed 43 sworn police officers remained in 2022 while 13 were hired, giving the department a net loss of 30 officers.

The trend is expected to continue. The data showed that the SPD expects to hire 98 more officers and lose 113 in 2022.

The declining number of officers, Harrell said, led to a 40 percent drop in detectives available for “vital” investigative work and rising overtime costs.

Over the past three years, the city’s average response times have lagged as more officers left the department.

The city’s goal is for Priority 1 calls — the most urgent type of calls — to take seven minutes or less. That mark was 8.7 minutes in 2019, when there were 1,315 Seattle police officers.

The SPD normally dispatches officers on lower-priority calls, but they are now seldom dispatched to those calls for services because of the staffing crisis.

Diaz said Seattle will need to hire 500 more officers over the next five years to keep up with the city’s population growth.

Seattle’s population has grown steadily every year since 2012, reflected in a sharp decline in officials, according to the city.

But despite the staffing issues, Diaz said the department will not relax its hiring requirements to fill vacancies.

“The SPD doesn’t just hire everyone,” said Diaz. “Despite our current personnel crisis, this is not a numbers game. Our mission is simply to help people, so we will only hire the most compassionate, dedicated and qualified employees.”

Diaz previously said the staff shortage has led to a change in the way police do their jobs.

“Because we don’t have that many special forces, we really make every officer a generalist so that we can build good relationships in the community, solve problems, and then also have the skills to handle an activity in a shooter situation,” Diaz said.

Prioritizing diversity and equity is an important part of the hiring process, Diaz said.

Harrell said retaining and supporting current officers in the force was included in the far-reaching plan.

The city is exploring new programs to support officer training and hopes to create a pipeline of potential recruits through local colleges and universities.

“[Officers]were demoralized and disrespected,” Harrell said. “We’re trying to get back to basics in a lot of ways.”

The City of Seattle is currently in collective bargaining with the Seattle Police Officers Guild. The mayor said he’s not afraid of arbitration for a new deal, but hopes there won’t be lengthy negotiations.

An agreement with the Seattle Police Management Association was passed unanimously by City Council last month.

Mayor Harrell’s office presented legislation to the city council on Tuesday to formalize its proposals that require action.

The proposal called for an additional $1 million to be invested in Seattle police recruiting, in addition to the $1 million already used.

“We believe the Council will be receptive,” Harrell said.

In May, the Seattle City Council voted 6-3 to move forward with two measures related to incentives for hiring police officers.

The council passed a resolution tabled by council member Sara Nelson signaling support for funding a police staff incentive program by removing a budget reservation that prevented the SPD from using pay savings.

The council also passed an ordinance by council member Lisa Herbold that authorized the city to offer relocation assistance to recruits in several hard-to-fill positions at the city, including police officers.

The ordinance authorized $650,000 in relocation benefits for police employees and an additional recruiter. Another $350,000 will go towards advertising jobs and helping find the city’s next police chief.

The vacancies have a trickle-down effect on the specialist departments.

Diaz said the department’s sexual assault unit is about half the size it was a few years ago, with just five detectives handling all cases citywide.

Referring to the sexual assault unit, an internal memo dated May 2 between top officials within the department and made available by the Seattle Police Department said: “We currently have six positions that are not available due to absenteeism and staff shortages be actively occupied”.

The department said it is causing the sexual assault unit to screen more than normal, giving priority to cases where the suspect is in custody and cases involving children and vulnerable adults.

Her daughter was homeless, pregnant. She came back to L.A.

Body found near Burke-Gilman Trail was that of missing Indigenous woman, family says

McDonald’s testing the British hit, Chicken Big Mac in the US

How student loan forgiveness would affect these 5 borrowers