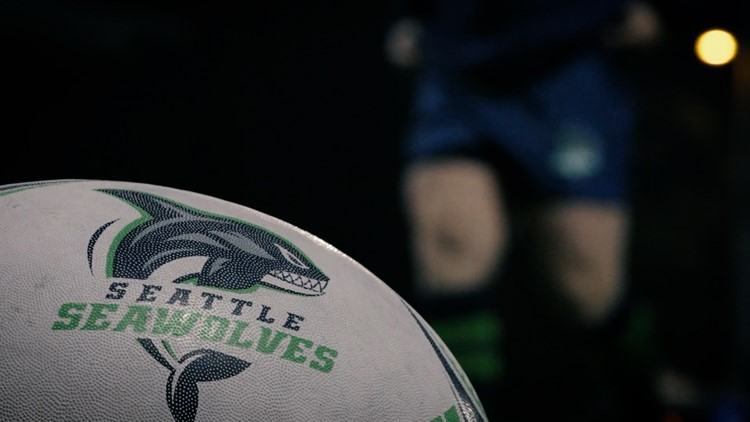 The Seawolves bring the passion for rugby to Seattle fans. #k5evening

“If you don’t know anything about rugby, you should just know that Seattle is the back-to-back world champion,” said Seattle Seawolves player Taniela Tupon. “There’s only one in America, and that’s the Seattle Seawolves.”

We caught up with the team at one of their training sessions at Starfire Sports in Tukwila to ask the players some personal questions.

What are your pre-game rituals or superstitions?

“Taylor Swift gets me going on game day, ‘Shake It Off,'” Tupon said.

“Nothing special, no, no, not at all,” said Seattle Seawolves captain Riekert Hattingh. “I just like to eat at the right time before the game.”

What can you say about rugby that a lot of people or even fans don’t know?

“I think the craziest thing about rugby is that it still gets me to this day [is] After the game you actually and traditionally sit down and have a meal and a beer with the other team,” Tupon said.

Do you have a teammate who is annoying?

“Everyone on the team sucks, we’re lucky to have great players on the team,” said Durutalo.

Seattle remains San Diego’s only hurdle on the road to postseason success, defeating them in the 2018 Semifinals, 2019 Finals and 2022 Western Conference Semifinals.

There is no doubt that the Seawolves bring joy and excitement to rugby fans across the North West.

Follow the team on social @seawolvesrugby for the latest Seattle Seawolves news.