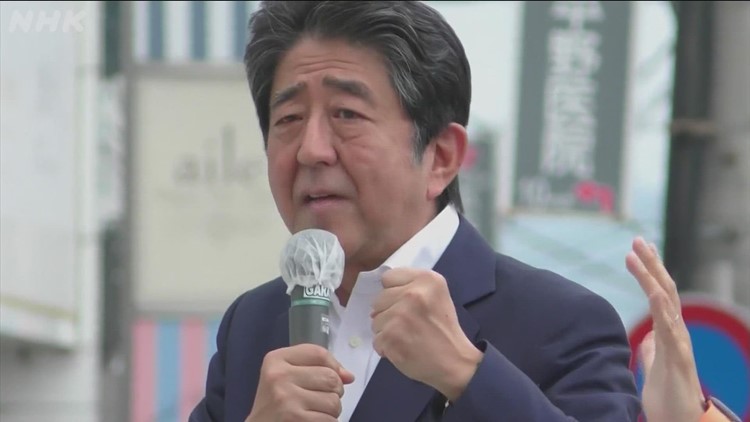 Japan’s longest-serving prime minister made a brief stopover in West Seattle in 2018.

SEATTLE – The news from Japan is sending shockwaves around the world, including in West Seattle.

Shinzo Abe, the former prime minister of Japan, was shot dead during a campaign rally in the city of Nara.

“It broke my heart to hear that he had been murdered,” said Gerry Kingen.

Abe, 67, was shot from behind minutes after he began his speech in Nara. He was flown to a hospital for emergency treatment but was not breathing and his heart stopped. He was later pronounced dead despite emergency treatment that included massive blood transfusions, hospital officials said.

Police arrested the suspected gunman at the scene of the attack, which shocked many in Japan, which is one of the safest nations in the world and has some of the toughest gun control laws anywhere.

The reaction to Abe’s death was emotional for both Gerry and Kathy Kingen. The couple had a chance to meet the then Prime Minister and his wife Akie Abe in 2018.

“We’re just devastated, but we’re so honored to have been a part of the memories they have together here in Seattle,” said Kathy Kingen.

“We received a call from the Japanese consulate here in Seattle. They informed us that Prime Minister Shinzo Abe is coming to Seattle,” she said.

There was a request for Shinzo and Akie Abe to have lunch at the Kingens’ restaurant, Salty’s on Alki.

“It was huge. We were very flattered, very honored,” said Gerry.

When the motorcade arrived at the restaurant, they were among the first to greet the couple.

“That’s where we spoke to and met Prime Minister Abe,” Kathy said. “Then his wife Akie and I spent a lot of free time on the side.”

“You and my wife bonded immediately,” Gerry added.

Former KING 5 host Lori Matsukawa first met Shinzo Abe in 2016. She responded to news of the assassination on Friday.

“It was a huge shock for me. I know Shinzo Abe had his critics, but as far as we civilians are concerned, he promoted this idea of ​​human-to-human relationship a lot,” Matsukawa said.

As a memorial grows in Japan, Gerry and Kathy Kingen hold on to the memories made in West Seattle, including the thank you letter Akie Abe sent Kathy after the Seattle visit.

“My heart breaks for her now,” Kathy said.

Karen Yoshitomi, the executive director of the Japanese Cultural and Community Center of Washington, made the following statement:

“The Japanese Cultural and Community Center in Washington was shocked and dismayed to learn of yesterday’s assassination of former Prime Minister Abe. Japan has an exceptionally low crime rate and gun violence is almost unknown, yet an incident like this is a warning that there is still work to be done in terms of social justice and human relations.”

Hisao Inagaki, the Japanese consul-general in Seattle, called the shooting a “cowardly act of barbarism” in a prepared statement.

“He loved Japan and was always ahead of the curve. His great achievements opened up the future for his country. ‘ is the statement in part.

ABC ‘General Hospital’ Spoilers For August 16: Trina’s Moment Of Truth Is Here! Plus, Can Drew Deliver On His Promise?