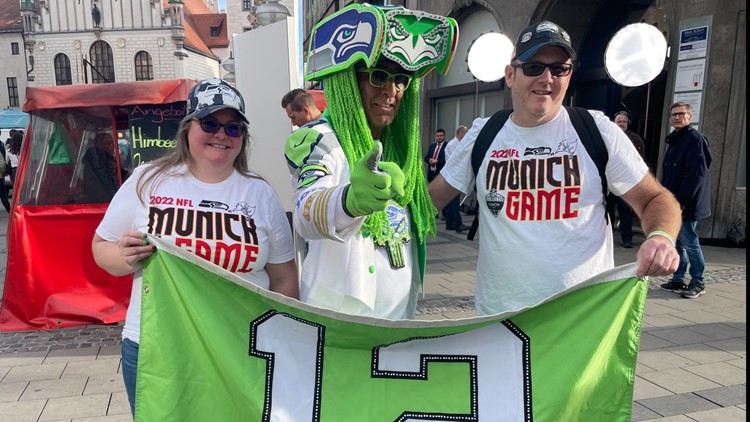 The German SeaHawkers are one of nine international fan clubs sanctioned by the Seattle Seahawks franchise.

MUNICH, Germany — When the Seattle Seahawks play the NFL’s first-ever regular-season game in Germany on Sunday, there will be a large German fan base who have come to love the team.

It’s an unexpected fan base for Seattle. But one that is growing by leaps and bounds.

The German SeaHawkers are one of nine international fan clubs sanctioned by the Seattle Seahawks franchise.

Spiess has been to eight Seahawks games over the years. Most recently, he led a group of 50 German SeaHawkers to the season opener in Seattle against Russell Wilson and the Denver Broncos.

“I think in the beginning it was just a bunch of weird people following a foreign sport and looking for like-minded people online,” Speiss said.

Spiess, 31, who lives in Germany as a software developer for Microsoft, said he fell in love with the team around 2013, when the team was making its Super Bowl run.

“I just think it’s a unique team with a lot of different personalities that you can identify with,” Speiss said. “Football will not be replaced as a main sport anytime soon. But if football continues to grow at this rate, there are no limits.”