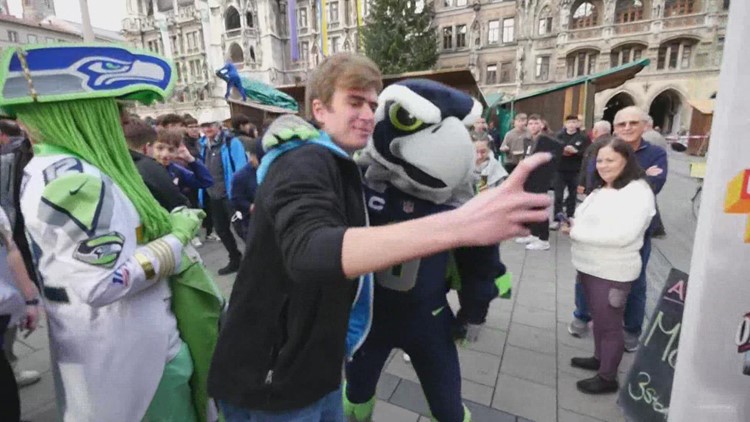 The duel between the Seahawks and the Buccaneers will be held in one of the most modern venues in the world.

MUNICH, Germany — The Seattle Seahawks are making history with their trip to Munich, Germany to play the Tampa Bay Buccaneers.

Your matchup will be played in one of the most modern venues in the world.

The Allianz Arena is the home of the Munich football club FC Bayern. The NFL game here will be the first non-football event ever to be played at the arena. It seats 70,000 fans and is sold out.

The arena is considered a work of art. There are 300,000 LED lights surrounding the pitch and thousands of inflatable panels giving the arena a bubble look. It is the first stadium in the world with a completely color-changing exterior.

The love for the NFL in Munich is becoming increasingly clear. pic.twitter.com/kLPuF2PtGz

The historic Munich game will be accompanied by the resurgent Seahawks, who have the fourth-best offense in the league (26.8 points per game). Quarterback Geno Smith is first in completion rate, third in pass rating, and sixth in yards per attempt. Rookie running back Kenneth Walker III has 512 rushing yards and seven touchdowns in his last five games.

The Buccaneers (4-5), meanwhile, are struggling compared to preseason expectations. Tampa Bay averages 18 points per game, the 25th-best mark in the National Football League (NFL). Quarterback Tom Brady’s yards per pass attempt (6.4) is his lowest since the 2022 season.

Tampa Bay is a three-point favorite in Sunday’s game, according to oddsmakers.