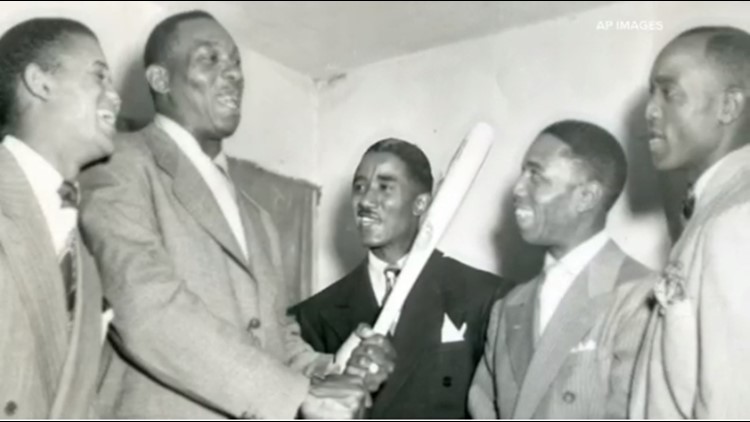 Seattle’s only all-black professional baseball team existed for less than two months in 1946.

SEATTLE – As American baseball embarked on its new, transformative postwar era in the 1940s, plans were also in place for a West Coast meetup that would change the course of history.

In October 1945, at an Elks Club in Oakland, California, a minor league player named Eddie Harris proposed the idea of ​​forming a West Coast Negro League. He connected with businessman Abe Saperstein and recruited Olympian Jesse Owens to help. And the league was born.

Sixteen teams were part of the new league. Including the Seattle Steelheads.

“Seattle and Oakland were actually pretty successful and profitable winning teams,” said baseball historian Dave Eskenazi. “The rest of the league was kinda having trouble putting the funding together and getting the schedule.”

But the league opted for 110 games, which was considered optimistic.

The Steelies’ first game was in Portland against the Portland Rosebuds. The Steelheads won by a wide margin.

Then the first home game was played on June 2, 1946 at Sick’s Stadium in South Seattle against the San Diego Tigers.

“There were about 2,500 fans there, which was considered good,” Eskenazi said.

But the league was on rocky financial foundations. At the same time, Jackie Robinson was signed as the first black player in the major leagues.

“So the handwriting on the wall was that full integration of the big leagues would lead to a decline and demise of the classic Negro leagues,” Eskenazi said. “And that included this brand new West Coast Black Baseball League.”

After just a month and a half, the Steelheads were gone and players returned to barnstorm for other teams around the country.

To date, there is very little physical evidence that the team even existed. Eskenazi is one of the few historians to have unearthed images or artifacts of a nearly forgotten Seattle sports team.

“It’s important that we learn more about the Steelheads,” Eskenazi said. “They should be celebrated.”

In 1995, the Seattle Mariners honored the Steelheads for the first time at a home game by wearing their iconic jerseys.

The Mariners plan to honor the Steelheads for the fourth time this year on June 16. The team is offering a replica Steelheads hat to the first 10,000 dads.

https://www.king5.com/article/sports/baseball/seattle-steelheads-pro-baseball-team-history-nearly-forgot/281-7ef6ddb1-afa5-4ed2-b35e-ece867b67fa9 Seattle Steelheads will be honored by Mariners on Juneteenth

Shooting in Hollywood leaves 2 dead; 4 kids found in nearby car

90 Day Fiancé: Did TLC FIRE Both Moknii Hamza and Memphis Smith For Good?