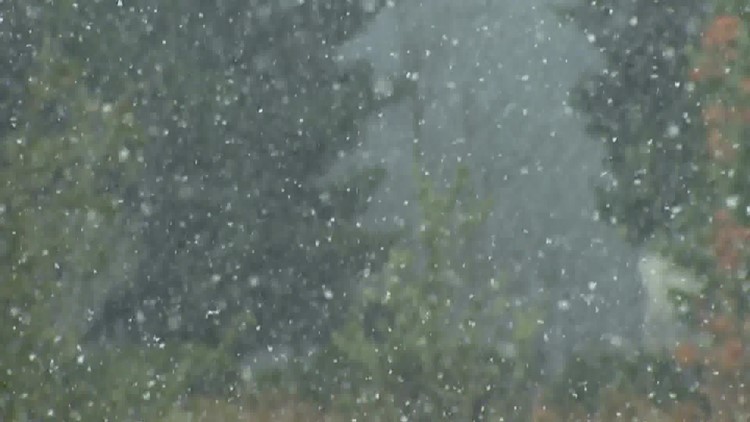 More than 100 flights were canceled at Sea-Tac and another 100 were delayed due to snow moving in the area.

SEATTLE — More than 100 flights were canceled at Seattle-Tacoma International Airport and another 100 were delayed as snow moved through western Washington on Tuesday morning.

There have been 137 flights canceled and 136 delayed at Sea-Tac, according to FlightAware, which tracks daily flights by major airports around the world. Lowland snow in Seattle and surrounding areas was reported Tuesday morning as several weather systems moved across the area. Snow levels are expected to range between 400 and 800 feet throughout the week.

Watch for lowland snow opportunities west of Washington this week

The Federal Aviation Administration (FAA) issued a ground delay at 9 a.m. at the airport, pushing back flights by an average of 34 minutes. According to the FAA, the crews began spraying defrosting liquid to remove the ice around 8 a.m.

An Alaska Airlines spokesperson said flight operations will be affected Tuesday and throughout the week. The airline said it was “actively shortening its schedule” to cope with winter conditions.

Alaska Airlines said it may cancel more flights as officials assess the impact of weather on operations. An airline spokesperson said guests with affected flights have been contacted and rescheduled for other flights and waivers have been granted to those who wish to make their own travel arrangements. Customers are advised to visit the Alaska Airlines website or use the app to make flight adjustments.

A spokesperson for Sea-Tac Airport said flight cancellations can happen for a variety of reasons and not just weather related.

However, the airport does not usually have many people inside during storms or flight cancellations, as Sea-Tac is known as a “destination and departure” airport, the spokesperson said in a statement. This means that up to 75% of traffic starts or ends at Sea-Tac. That’s different from airports in Los Angeles, Denver or Chicago, where they have a larger percentage of connecting passengers, who often have the greatest difficulty in extreme weather situations.

Father of Idaho victim speaks out on Kohberger murder case