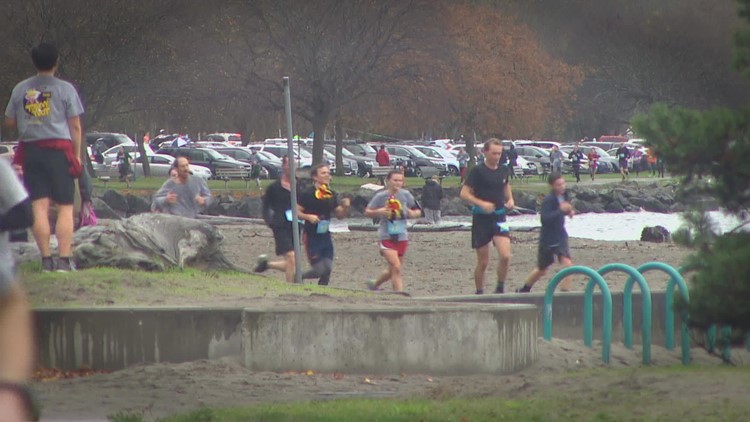 The nonprofit decided to pull out of the event citing time, resource, and logistics costs.

SEATTLE – The Turkish Trot tradition in Seattle is no longer trotting. The Ballard Food Bank, which has hosted the Seattle Turkey Trot for 15 years, says it’s time to say goodbye.

“We just decided there are other things we can do to raise funds,” said Colleen Martinson from Ballard Food Bank.

While the fundraiser was six figures for the organization, logistically, Martinson said it was complicated and resource-intensive during one of the busiest times of the year for the food bank. .

“Everyone is doing [a turkey trot] on that day because they were going to eat a whole bunch of food. We’re thinking about people who are having a hard time accessing that food,” Martinson said.

“Oh my gosh, the reality is that food prices are skyrocketing. We’ve all seen that and food banks are seeing it,” Martinson said.

Ballard Food Bank is having a harder time keeping shelves stocked as visitor numbers have doubled in recent years. Before the pandemic, the nonprofit had about 3,000 people a month. That number has since grown to more than 6,000.

She said the food bank will spend about $7,000 this year making sure they have turkeys and hams for families.

During the fundraising period, Ballard Food Bank replaced the Seattle Turkey Trot’s fundraising with the Ballard Bites and Brews festival it hosts over the summer. However, Martinson says you don’t need someone who officially slips into this Thanksgiving.

With 27 food banks in Seattle that really need support, of course, I encourage people to donate to their local food bank, but also consider organizations like the Chief Seattle Club, says Martinson. or Real Rent Duwamish.

How to pronounce Adele's name 'perfectly' — her way

Uncle Sam Wants You for a Military Job That Matters

Girls as . . . Not Necessarily Woke