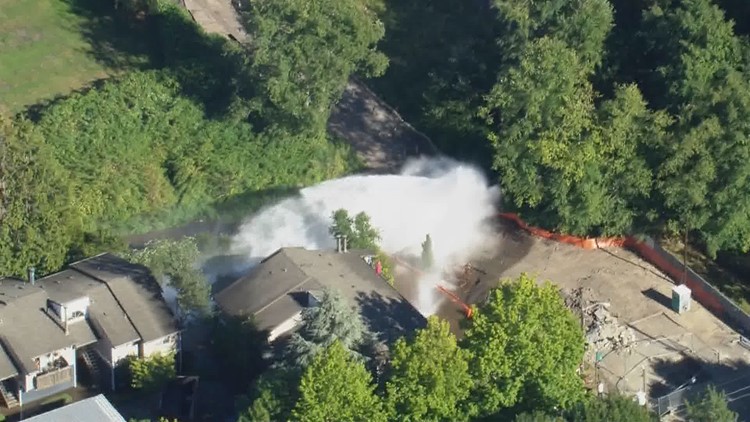 The SkyKING video showed the water pipe gushing water near two apartment buildings. Seattle Public Utilities is working to determine the cause.

SEATTLE — A water main burst in Seattle’s Delridge neighborhood has prompted a partial evacuation of a nearby apartment building, according to the Seattle Fire Department.

The water main burst was reported at the 2200 block of Southwest Holden Street. Six units of a nearby apartment complex were evacuated due to water damage.

The gap is 24 inches, according to the SFD. Seattle Public Utilities (SPU) is on site to respond to the issue.

SPU shut off the water at the point of the disruption in hopes of being able to resume serving customers who are temporarily without water. SPU told KING 5 that service has been restored to “most if not all” customers who were without power on Monday evening.

The SPU is working on a plan to repair the water main and the cause is still under investigation.

Ohtani or Judge for AL MVP? The answer has more deliberation