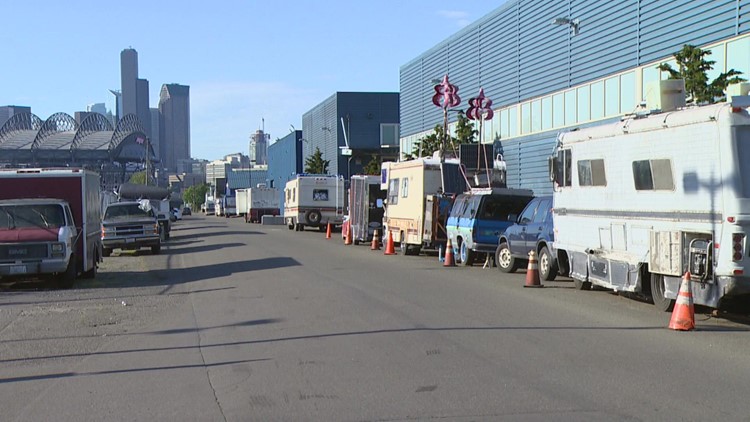 SEATTLE — The city of Seattle will spend the next six months and nearly $2 million to create secure parking for those living in RVs or other vehicles. The plan comes as the mayor unveiled his plan of action for the homeless earlier this month.

The Low-Income Housing Institute is the group tasked with implementing the Safe Lot Program, a contract awarded to them by the King County Regional Homeless Authority.

Organizers say they are looking at about a dozen potential locations. They call it a much-needed program and a way to connect people to services they desperately need.

“For people who are homeless and living in their RV, it’s their biggest asset. These are people who had failed the homeless system before, so they went into business for themselves,” said Jon Grant of the Low Income Housing Institute (LIHI).

On Tuesday, RV residents in Seattle’s Mount Baker neighborhood were warned not to move their property or it would be vacated and, in some cases, towed.

The City of Seattle is again enforcing its 72-hour parking rule, which was partially suspended during the COVID-19 pandemic. This comes as Mayor Bruce Harrell unveiled a new, aggressive response to homelessness earlier this month.

Overall, Harrell said the City of Seattle is spending $173 million on everything from developing affordable housing to creating new so-called secure sites for RVs and RVs.

“The program aims to cater for about 34 campers and about 50 people and it will include some fairly intensive case management services as well as behavioral health. The goal is to eventually get people out of the RVs and into permanent housing,” Grant said.

The idea itself is not new and Olympia presented their own similar version two weeks ago. Instead of towing, the city now grants free RV parking permits, but there are restrictions.

The city asked those living in vehicles along the Ensign Road quarter-mile to agree to a list of conditions. These conditions include the proper disposal of garbage and human waste and only one beach chair per person outside the vehicle. Local residents must not behave violently.

At the time, a spokesman for the city of Olympia said they had no space for housing – and launched what is believed to be the first permitting program in the United States.

Back in Seattle, LIHI will have nearly $2 million and the next six months to secure a property and begin hosting campers.

“This is a very vulnerable demographic, so there is tremendous urgency to put this program in place and we are working on it as soon as possible,” Grant said.
The program begins with camping but hopes to connect residents to any long-term services they may need.