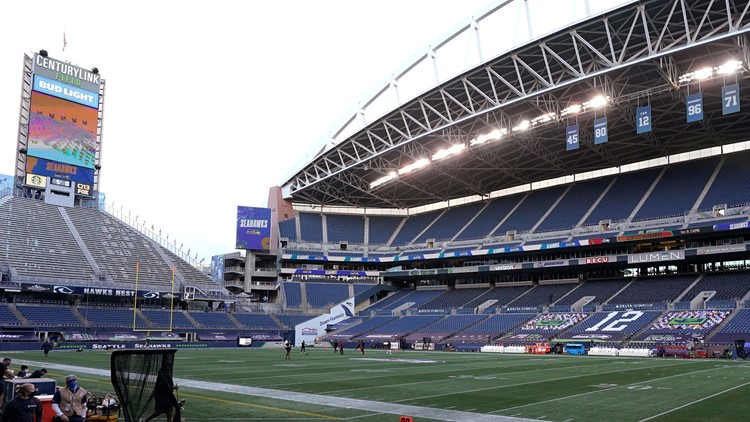 The FIFA announcement brings the World Cup back to the Pacific Northwest for the first time since the 2003 Women’s World Cup.

SEATTLE — Lumen Field in Seattle will be one of the stadiums in the United States scheduled to host games for the 2026 World Cup, the Fédération Internationale de Football Association (FIFA) announced in a news conference Thursday afternoon.

Lumen Field, which will host the Seahawks, Sounders and OL Reign throughout the year, needs to convert its artificial turf to grass suitable for World Cup games before the prestigious tournament is expected to begin in June 2026.

The FIFA announcement brings the World Cup back to the Pacific Northwest for the first time since Portland hosted games at the 1999 and 2003 Women’s World Cups. The United States last hosted the World Cup in 1994.

The United States, Mexico and Canada share hosting duties for the 2026 World Cup, the first-ever iteration of the three-co-host tournament. Sixty games will be played in the US, including every game after the quarterfinals when the field is limited to eight teams. Canada and Mexico will host 10 games each.

Seattle’s World Cup bid has been in the works since 2015. Private and public sectors have been arguing for over seven years that Seattle is worth hosting World Cup games.

“We’re talking about a global event,” said Markham McIntyre, interim director of Seattle’s Office of Economic Development. “It’s like having a Super Bowl for every one of those games.”

According to Visit Seattle, the city could generate between $90 million and $100 million in economic activity, depending on the number of World Cup games Seattle plans to host.

Visit Seattle needs an estimated 10,000 hotel rooms within a two-hour drive of Lumen Field. Despite a four-year break, 6,000 hotel rooms have already been booked before the start of the 2026 World Cup.

According to Visit Seattle, tourism offsets taxes by $1,000 per year per household in King County.

FIFA officials last visited Lumen Field in November 2021 as part of an eight-city tour to finalize the list of venues for the 2026 tournament.

“It was a very thoughtful and thought-provoking presentation that not only really got to the heart of what Seattle is, but what it has become,” said FIFA Vice-President Victor Montagliani after a pitch from the city tour.

Preliminary projections released in 2018 suggested it would cost more than $10 million for the city of Seattle to host World Cup football games, but city officials said most of the money would be reimbursed or refunded.

The city’s memo said that FIFA would reimburse Seattle for stadium, police and field costs.

Here were the other US finalists hosting 2026 World Cup games:

Which countries will play at the 2026 World Cup?

There are six independent football associations around the world that send countries to the World Cup.

Here’s a breakdown of how many countries are qualifying for the tournament in each region of the world.

These make up 46 of the 48 countries at the World Cup. The final two spots go to the countries that secure spots by winning a new playoff mini-tournament.

What will the new World Cup format look like?

The 2026 World Cup will feature a new crease.

48 teams will qualify for the tournament, up from the 32 teams used in World Cups since 1998.

There will be 16 groups of three countries, instead of eight groups of four countries at previous World Cups. Each team will play two group stage matches, with the top two countries in each group advancing to a 32-elimination knockout round.

The new format will add 16 additional World Cup matches, but 32 countries are still guaranteed at least three matches in the competition, as in previous tournaments.