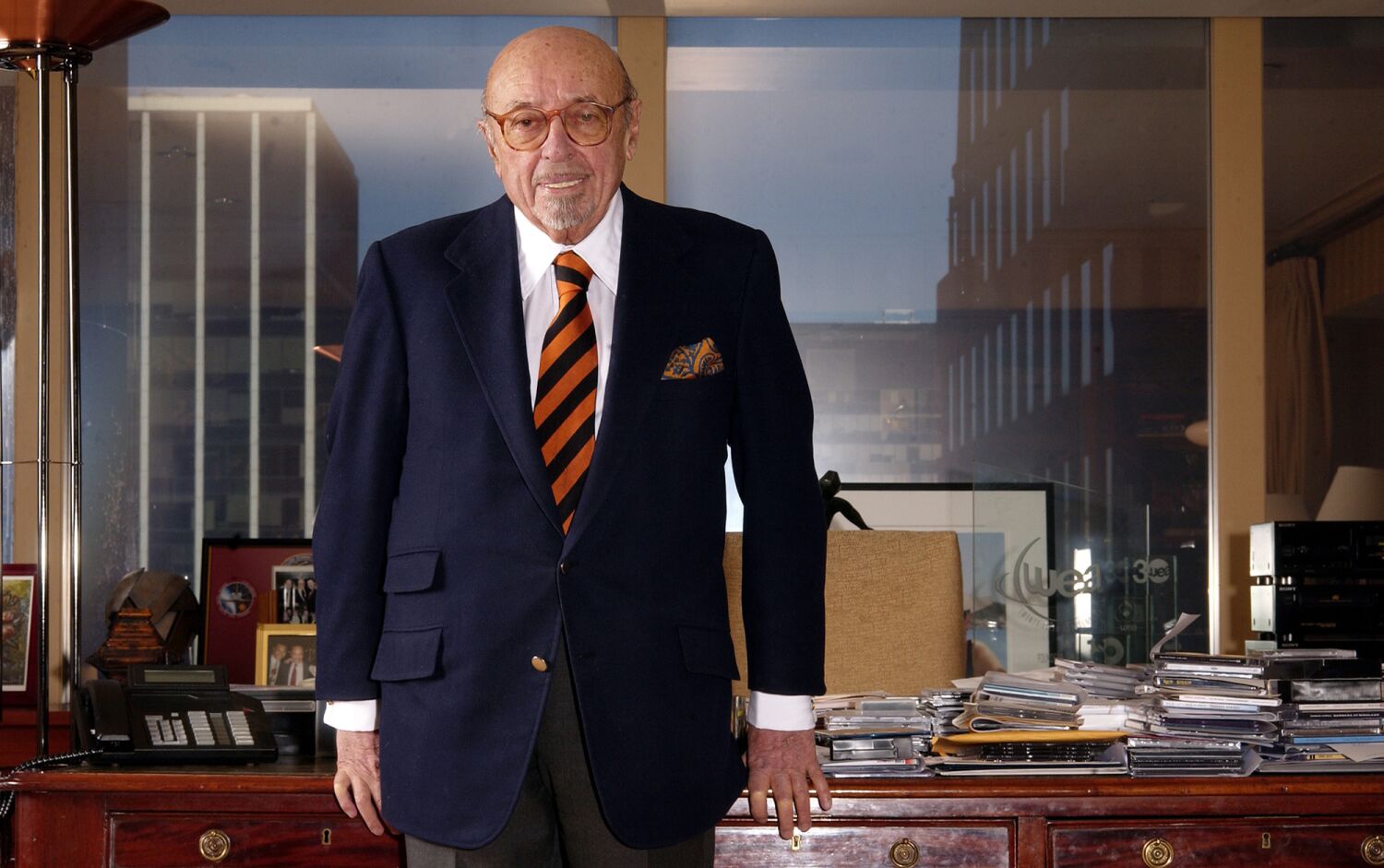 A second woman, Dorothy Carvello, has sued the estate of Ahmet Ertegun, the late co-founder and longtime Atlantic Records executive, alleging that he sexually abused her while she was employed by the label from 1987-1990.

The lawsuit, which described Atlantic studios and offices as “places to indulge one’s sexual desires,” also named Doug Morris and Jason Flom, former label execs at Atlantic and elsewhere, as defendants. She accuses everyone of either participating in or allowing Ertegun’s alleged assaults. Carvello is seeking monetary damages, which would be determined at trial.

Ertegun died in 2006 at the age of 83 and Morris and Flom are still alive.

The lawsuit comes a week after a former music executive, Jan Roeg, is suing Ertegun’s estate and Atlantic, alleging a similar pattern of sexual assault by the late executive and accusing the label of promoting a toxic work culture and covering up the abuse.

Both women filed the lawsuit under New York’s Adult Survivors Act, which was signed into law earlier this year and went into effect on November 24. The new law gives survivors of sexual assault one year to sue their perpetrators, even if the statute of limitations has expired.

A Flom representative did not immediately respond to a request for comment. Morris could not be reached Tuesday night.

“These allegations go back almost 40 years before WMG was a separate company. We speak to people who were there at the time, bearing in mind that many key people are deceased or in their 80s and 90s.” “To ensure a safe, fair and inclusive work environment, we have a comprehensive code of conduct and mandatory workplace training that all of our employees are required to adhere to. We regularly evaluate how to further develop our policies to ensure our work environment is free from discrimination and harassment.”

In 1988, Carvello became the label’s first female head of artists and repertoire since its inception in 1947. She brought top talent to Atlantic, including rock band Skid Row.

Carvello’s first job with the company, however, was as Ertegun’s assistant, beginning in 1987. During her tenure as an assistant, Ertegun routinely touched and exposed her breasts and masturbated in front of her while she dictated correspondence, the lawsuit alleges.

In 1988, Carvello, Ertegun and Flom traveled to a bar together to watch Skid Row perform in an attempt to sign the band. While waiting for the performance to begin, Ertegun allegedly reached under Carvello’s skirt, pulled down her underwear, exposing and grabbed her genital area, causing her pain, according to the lawsuit. The two fought in front of Flom, who did not intervene, the suit said. Carvello walked away with bloody scratches on his stomach.

Ertegun later made other unwelcome sexual advances towards Carvello during the trip, court documents say.

The lawsuit also alleges a separate incident in which Ertegun struck Carvello’s arm on a table, breaking it.

A few weeks after the incident, Skid Row signed with Atlantic and Carvello was promoted to A&R manager.

In September 1990, Flom allegedly ordered Carvello to sit on his lap during a work meeting in front of other executives, the lawsuit alleges. She refused and wrote a memo to Morris, who was her direct manager at the time, warning of the label’s toxic work culture. Morris responded by firing Carvello because she “challenged his authority,” the lawsuit says.

Carvello flattened versions of these allegations against Ertegun in Anything for a Hit, her 2017 omnibus book about her experiences in the music industry.

Morris became chief executive of Universal Music Group from the 1990s to 2010, then ran Sony Music Entertainment until 2017. He is now chairman of 12Tone Music Group, which Warner Music Group acquired last year.

Flom became Atlantic’s chairman and chief executive officer in 2004 and held that position until he left the company the following year to take on the same role at Virgin Records. He founded and runs Lava Records, whose roster includes Lorde, Jessie J and Greta Van Fleet.

Ertegun, who also inducted the Rock & Roll Hall of Fame in 1983, remained chairman of Atlantic Records until his death from a head injury resulting from a fall backstage at a Rolling Stones concert.

Chelsea Handler wants to return to late night, and isn’t scared of being canceled

‘Matilda’ review: All Dahled up on Netflix