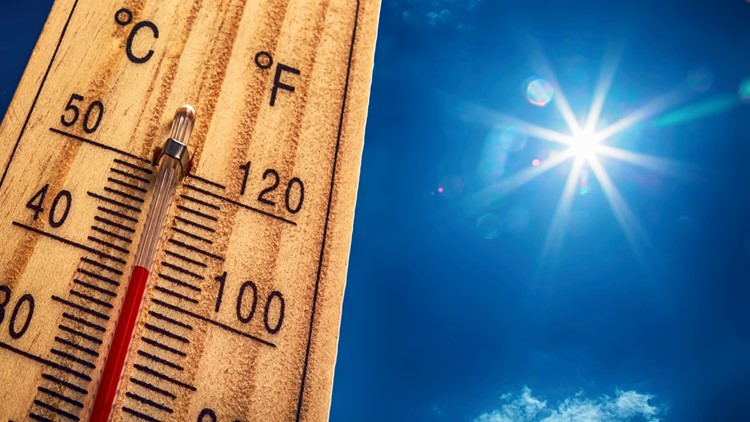 The Sedro-Woolley Police Department said it received a report Tuesday from concerned neighbors about a dog left on a balcony with no shade or water.

SEDRO-WOOLLEY, Wash. — A Sedro-Woolley woman was arrested after she allegedly left her family’s dog outside in dangerously high temperatures Tuesday, resulting in the dog’s death.

The Sedro-Woolley Police Department (SWPD) said it received a report of a dog being left on a balcony with no shade or water.

A SWPD police officer called the apartment and spoke to concerned neighbors.

The animal control officer found the 5-year-old dog, named Enzo, in “serious distress” and showing symptoms including seizures and foaming at the mouth. The officer took life-saving measures, brought the dog inside and tried to cool him down, but Enzo died.

His body was taken to an emergency medical facility for examination, where his internal temperature was at least 107 degrees — the maximum temperature the vet’s thermometer could read, according to court documents.

The dog’s water bowl was empty and there were signs that Enzo had scraped the sliding door. In addition, several neighbors and workers nearby reportedly heard a dog in distress.

Temperatures in Sedro-Wolley hit nearly 90 degrees Tuesday and officials measured a surface of the balcony at 131 degrees with an infrared thermal camera, according to court documents.

The dog was treated one more time for hyperthermia, the woman’s spouse told police, and survived.

The woman was charged with first-degree animal cruelty and released on her own.

The excessive heat warning covering much of the Seattle metro area has been extended through Saturday, with above-average temperatures expected to last longer than originally expected.

The excessive heat notice that applies to much of the surrounding area, including Sedro-Woolley, has also been extended. They were originally scheduled to expire on Friday evening.

A dog can overheat and suffer from dehydration or heat stroke just like a human.

According to the UK-based The Kennel Club, one of the largest dog welfare organizations in the world, one in seven dogs brought to the vet for heat stroke dies, but 98% of those treated early survive.

If you notice any of the following signs or symptoms, contact your veterinarian immediately:

RELATED: 4 things to know about dogs in hot weather

How is Joe Biden able to forgive student loan debt?