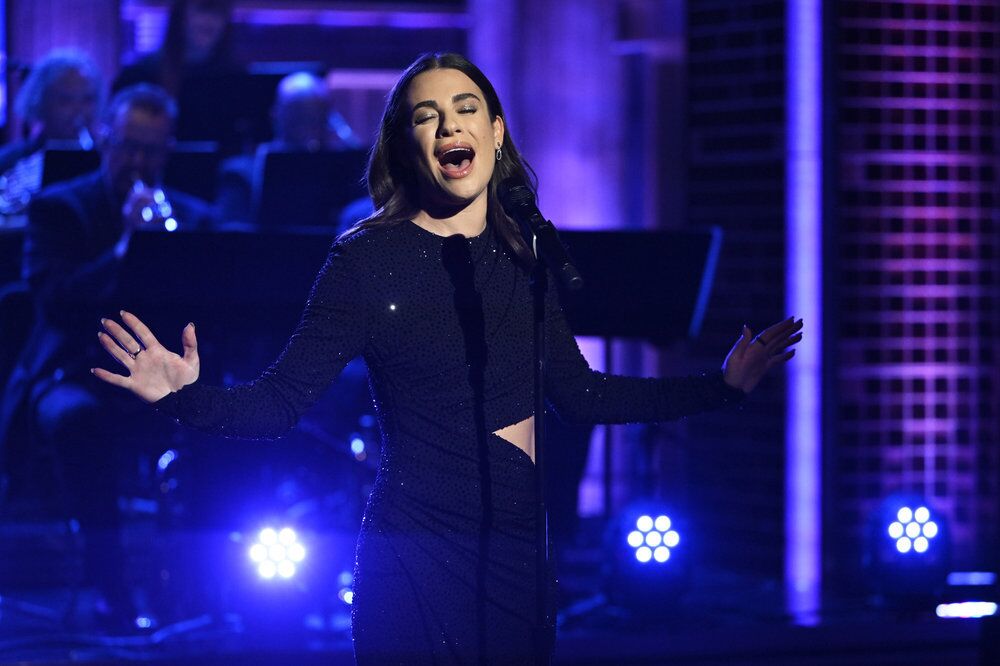 Lea Michele is back performing Funny Girl songs on TV — but no more than her Glee character Rachel Berry.

On Friday’s episode of The Tonight Show, Michele sang a number from the musical and spoke with host Jimmy Fallon about bringing her Funny Girl talents from Fox’s Emmy-winning comedy Glee to the Broadway stage . The actor and singer took on the role of Fanny Brice in early September after Beanie Feldstein left the production earlier than expected.

“I’ve wanted to return to Broadway for so many years,” Michele told Fallon. “I’ve been away 15 years — ‘Spring Awakening’ was the last show I did — but to be back … and to be on the show I’ve loved for so many years … I’m such a fan of this production.”

Long before she was tapped to replace Feldstein in July, Michele had already manifested her “Funny Girl” moment by covering several songs from the show on “Glee” — her character Rachel even played Fanny in a fictional Broadway revival from Funny Girl. ‘ at the end of the series.

In a case where life imitates art, Michele received a six standing ovation at her premiere at the August Wilson Theater last month. She recently returned to the stage as a Jewish vaudeville legend after missing several shows due to a case of COVID-19.

After chatting with Fallon, Michele gave a passionate rendition of “People,” famously sung by Barbra Streisand during the original Broadway performance of Funny Girl in the 1960s.

“It’s so amazing,” Michele said on The Tonight Show.

“I’m 36 now and the story of ‘Funny Girl’ spans … many years. You see their love and their loss and their failures and their achievements and becoming a mother and a wife and I feel like at this point where I am right now it’s just perfect. Timing is everything and I am so grateful.”

35 Gifts for Literally Any Man in Your Life

Police investigating after students robbed at gunpoint near Temple University