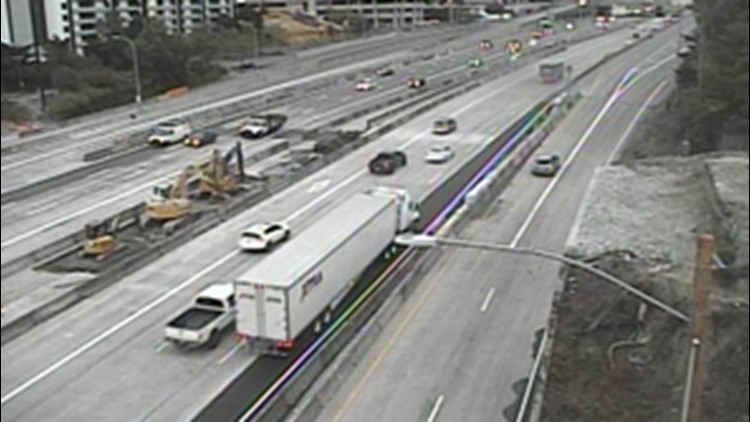 After the demolition of the old bridge has been completed, the state has released new information on the construction of the new bridge.

The old bridge was smaller.

The old bridge was built in the 1960s and used to have two lanes of traffic in each direction and a 4 foot wide lane for pedestrians.

The demolition of the Main Street Bridge over Interstate 405 on the Renton to Bellevue project took place over the weekend of June 17-20. It took 56 hours to complete and over 100 workers were on site.

As well as being more inclusive for pedestrians and cyclists, the new bridge will also incorporate design elements intended to harmonize them with their surroundings, as the bridge has been designed to blend in with the pre-existing structures in the area and incorporate embellishments.

“We worked with the community, Bellevue City officials and stakeholders to add nature-inspired design elements that are also visually sensitive to the surroundings,” wrote Victoria Miller for WSDOT. “The use of simple geometric shapes, colors and textures for these structures creates continuity along the corridor and creates a cohesive identity for the project.”

While the project is ongoing, the bridge could be closed for up to five months, but the WSDOT has not announced opening dates. After the five months, the bridge is expected to only partially open to cars for at least another two months, after which the bridge should be fully open.

‘The Young And The Restless’ Spoilers: Fans Aren’t Having It With Victoria Newman’s (Amelia Heinle) Storyline – It Doesn’t Make Any Sense