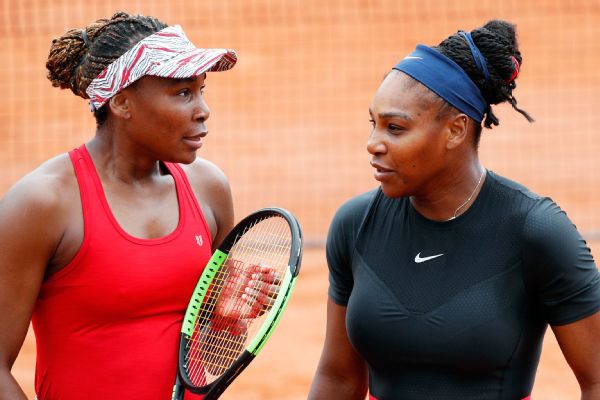 NEW YORK — Serena and Venus Williams faced Czech pairing Lucie Hradecka and Linda Noskova in the first round of doubles at the US Open.

The US Tennis Association announced the doubles rounds on Sunday, a day before the start of the tournament. Serena has said she is preparing for retirement and the US Open is expected to be her final event.

She plays singles on Monday night. The doubles competition begins on Wednesday, with first-round matches spread over that day and Thursday.

It is the first doubles event for the Williams sisters since the 2018 French Open. They have won 14 Grand Slam doubles championships as a team, most recently at Wimbledon in 2016.

Hradecka, 37, won two major doubles trophies with Andrea Hlavackova – at the 2013 US Open and the 2011 French Open. Noskova, 17, has never won a Grand Slam match in singles or doubles.

https://www.espn.com/tennis/story/_/id/34476600/serena-venus-williams-face-czech-pair-first-round-us-open-doubles Serena, Venus Williams to face Czech pair in first round of US Open doubles

Yordan Álvarez, traded by Dodgers, a star slugger for Astros

Shane Lyons out as West Virginia AD amid struggles

Why are substitutes scoring more at the 2022 World Cup?