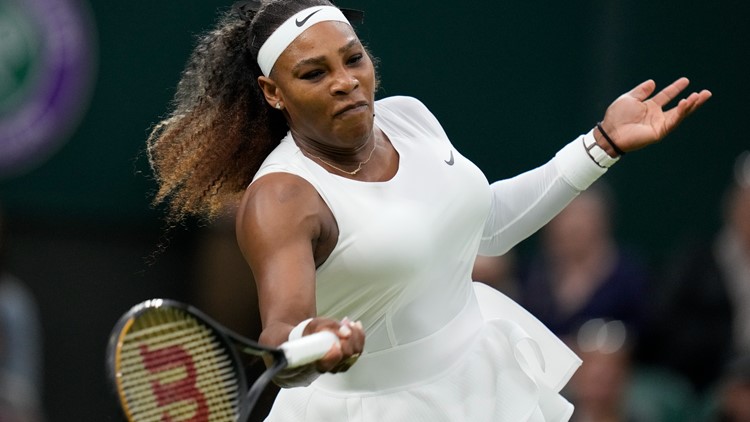 Serena Williams has not competed anywhere since she was injured in the first set of her first round match at Wimbledon last year.

LONDON, UK – Serena Williams will play at Wimbledon this year after all. The All England Club announced on Tuesday that Williams had been awarded a singles wildcard entry.

Williams has not competed anywhere since she was injured in the first set of her first-round game at the All England Club a year ago. And her name did not appear on the entry list for the women’s singles released by the grass Grand Slam tournament earlier this month.

Two more women will receive invitations “in due course”, the All England Club said.

Seven of the eight men’s wildcard entries were also announced, including one for three-time Major champion Stan Wawrinka.

Earlier in the day, Williams posted a photo of her white boots on a grass pitch and the caption: “SW and SW19. it’s a date 2022. See you there. Let’s go.”

‘SW’ are of course her initials and ‘SW19’ is Wimbledon’s postcode.

The 40-year-old American has won seven of her 23 major singles championships at Wimbledon, a record in the Open era, most recently in 2016.

Williams was runners-up there in 2018 and 2019 (the tournament was canceled in 2020 due to the coronavirus pandemic).

In 2021, Williams lost her footing on the slick grass and then buckled her right leg, resulting in only her second retirement while playing at a Grand Slam tournament of her career and the first time since 1998.

With the lack of activity since then, Williams – who has been ranked No. 1 in the past – is ranked 1,208 in the WTA rankings this week. That’s why she wasn’t automatically placed in the Wimbledon field.