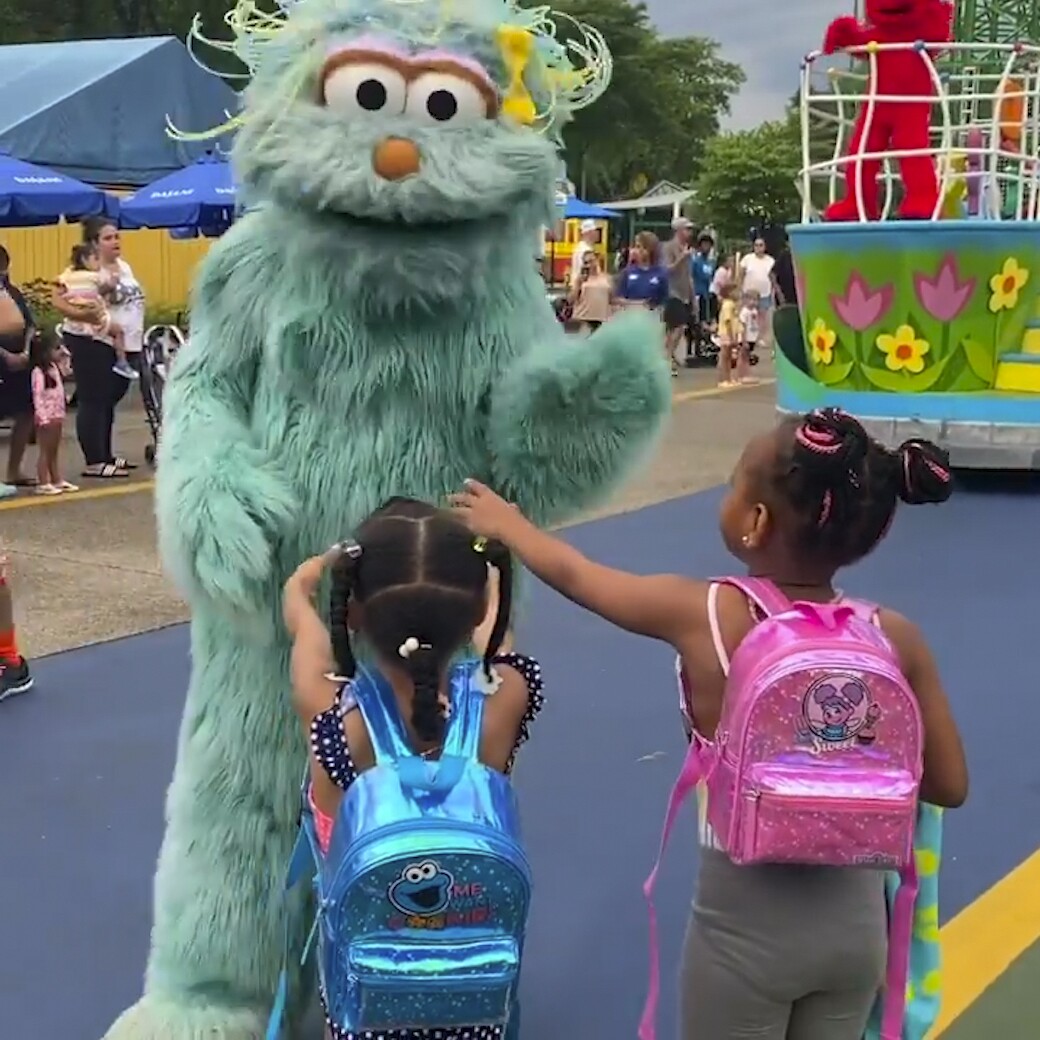 Less than two weeks after video of a character appearing to fend off two black children at Sesame Place went viral, at least one family has sued the Philadelphia theme park for racial discrimination.

A black Baltimore father and daughter filed a class-action lawsuit Wednesday in Philadelphia against SeaWorld Parks & Entertainment, which operates Sesame Place. The complaint alleges that characters at the Sesame Street theme park “refused” to communicate with their family “and any other black guests who were present.”

The plaintiffs — individually identified as Quinton Burns and KB and collectively as Burns — are seeking compensatory, actual, criminal and statutory damages, including interest, in excess of $25 million.

After their visit to Sesame Place in June, the Burnses intend to “represent all black individuals who have suffered … unequal treatment” at the hands of Sesame Place employees who allegedly ignored black children “while openly interacting with similarly situated white children.”

SeaWorld Parks & Entertainment did not immediately respond to The Times request for comment Thursday.

The lawsuit requires that SeaWorld Parks & Entertainment conduct “rigorous mandatory cultural sensitivity training” for its employees, as well as “mandatory educational classes … on the history of discrimination against black people in America.” The Burnses also demand that the theme park giant screen prospective applicants with “state-of-the-art psychological screening methods … to avoid hiring racially bigoted employees and agents” as well as “through appropriate psychological testing and behavioral history” of existing employees to determine the fate of their determine employment.

The Burnses’ lawsuit lands shortly after Jodi Brown posted a video on Instagram of a Sesame Place employee dressed as Rosita waving to her young daughter and a friend during a parade at the Philadelphia theme park.

After Brown’s footage of the actor appearing to snub two black girls sparked a backlash and allegations of racism on social media, Sesame Place issued a statement claiming that Rosita’s “no” hand gesture was “not against.” directed at a specific person,” but “a response to multiple requests from someone in the crowd asking Rosita to hold her child for a photograph, which is not allowed.”

“The Rosita actor did not intentionally ignore the girls and is devastated by the misunderstanding,” the statement said. “We apologize to these guests for not having the expected experience, and we are committed to doing our best to deserve their and all guests’ visit and support.”

When that response didn’t go down well, Sesame Workshop — the organization behind “Sesame Street” — issued a second apology, promising to “conduct bias training and a thorough review of the way.” [Sesame Place employees] connect with families and guests.”

“What these children have experienced is unacceptable,” said Sesame Workshop.

“We will continue to work with our long-term partner, Sesame Place, to ensure appropriate action is taken and incidents like this do not happen again in the future.”

Cary Schneider, director of the Times Library, contributed to this report.

Religion Is Dying? Don’t Believe It