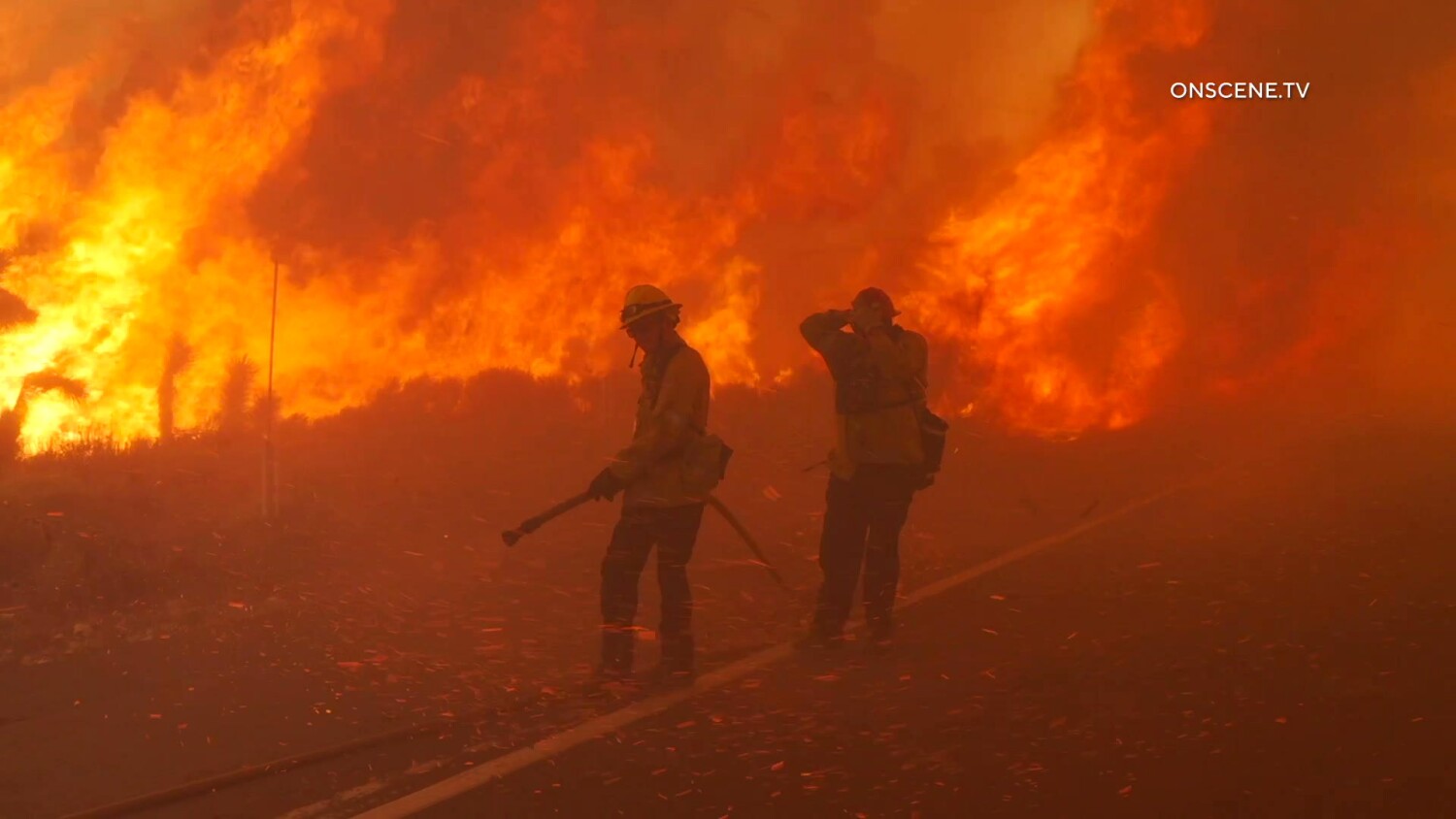 The fire, dubbed the sheep fire, ignited in heavily dried vegetation near Wrightwood Saturday night, according to Forest Service officials. By Sunday night it had spread to 775 acres and was burning towards the Desert Front Road.

It was 5% contained as of Monday morning, the California Department of Forestry and Fire Protection said.

The rest of the Wrightwood community was under an evacuation alert, officials said. An evacuation center has been set up at Serrano High School in Phelan.

The blaze ignited just days after Southern California firefighters warned residents that drought and extreme heat would create conditions for a potentially treacherous fire season this year. A triple-digit heatwave swept across much of California this weekend.

Vegetation in some parts of the region is 40% drier than normal for the date, officials said.

News video of the sheep fire showed intense fire activity, including towering lengths of flame and thick plumes of smoke as it tore through dried brush.

According to Adam Roser, a weather forecaster with the National Weather Service in San Diego, crews faced a potentially challenging firefight Monday as winds of up to 25 mph were expected in the area throughout the day.

“We’re going to have another windier day up there today as bottom pulls through,” Roser said. Temperatures are in the 70’s and humidity is around 20%.

According to the forest service, more than 200 employees were deployed to the fire.

Meanwhile, crews on Monday made progress on another fire that ignited over the weekend, the Fish Fire near Duarte. That fire ignited on the streets of Brookridge and Mel Canyon on Sunday.

As of Monday morning, it was staying at about 35 acres and 18% contained, officials said. No buildings were threatened and no evacuation orders were issued.

The FTC Heads for Legal Trouble