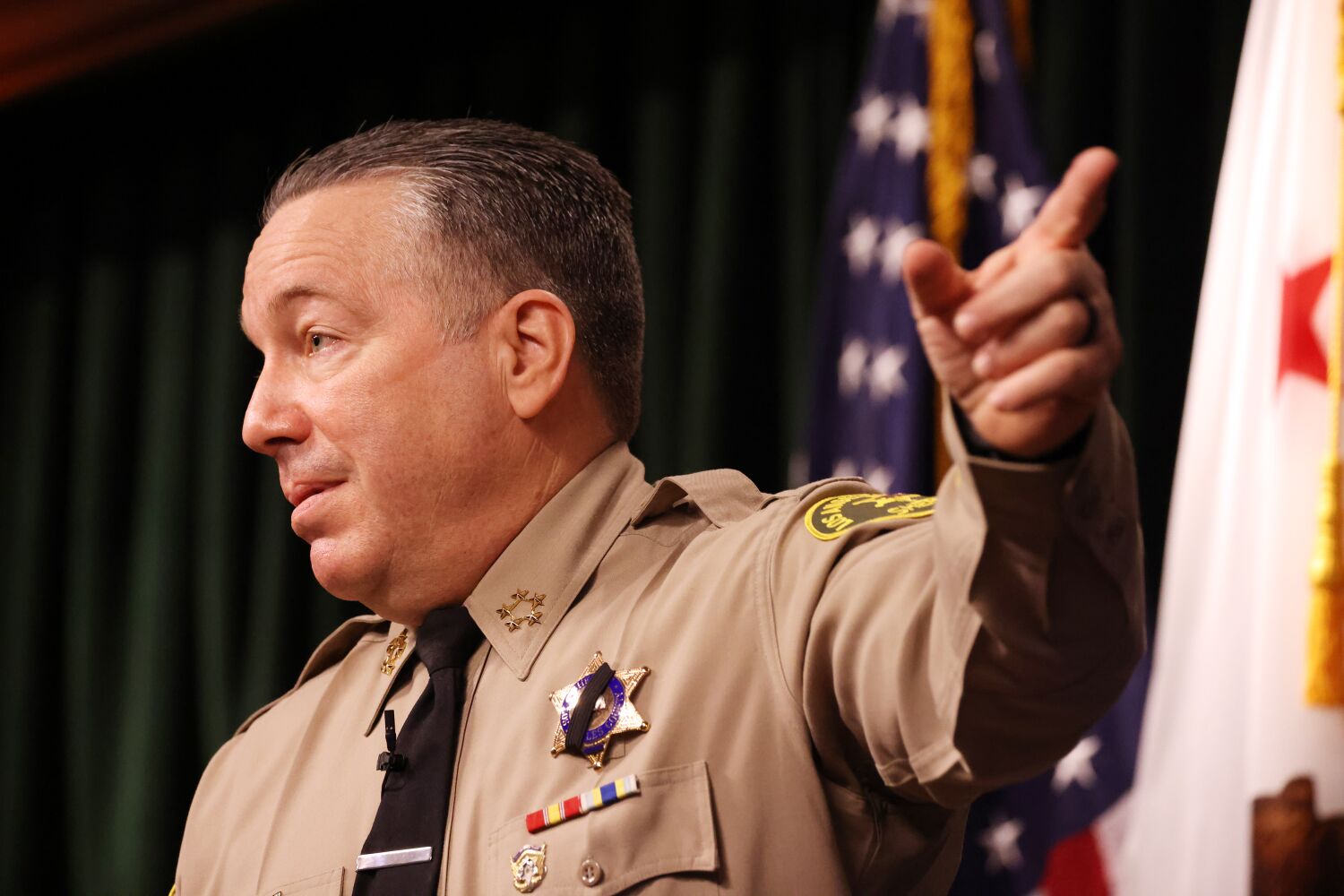 The Los Angeles County sheriff’s lieutenant was charged Wednesday with domestic violence and false imprisonment in an incident involving his wife in Beverly Hills a year ago.

Prosecutors charged Lt. Howard Fuchs for the two offenses after they declined to press charges in January because his wife would not cooperate, according to a criminal complaint and an internal district attorney’s memo reviewed by The Times.

In a statement Thursday, prosecutors cited video of the incident captured by surveillance cameras and said the decision to press charges was made after “senior managers reviewed previously unviewed footage and decided that we would press charges.” should, based on the body of evidence.”

Fuchs did not immediately respond to a call requesting comment Thursday.

The charges stem from a September 2021 evening when Fuchs got into a “heated argument” with his wife and grabbed her as she tried to leave, according to a Beverly Hills police report verified by The Times. They went out to dinner beforehand and both drank alcohol, the report said. Fuchs had a gun with him.

A witness called the police after seeing the couple arguing. The witness also heard the wife ask Fuchs to leave her alone. The witness said he saw Fuchs aggressively grabbing his wife “everywhere,” the report said. When asked to elaborate, the witness urged police to look at video from surveillance cameras in the area.

The wife told police at the time she didn’t think Fuchs tried to hurt her and that he did nothing wrong. She had no visible injuries, the report said.

Fuchs was a key member of the sheriff’s department drug team. After Fuchs was arrested and discharged from duty, Los Angeles County Sheriff Alex Villanueva pressured his command staff to get him back to work, according to a lawsuit filed by Robin Limon, a former deputy sheriff who served the Department sued for retaliation.

Limon said in a court filing that when it was suggested that Fuchs should return to work, she argued that the department should wait until criminal and administrative investigations into the lieutenant were completed, according to the legal filing.

Villanueva dismissed their concerns, saying that his wife, who is involved in internal departmental issues, “spoke to the clerk’s wife and it’s now ‘a big nothing,'” the filing says. A few months later, the sheriff ordered Limon to bring Fuchs back, the filing said.

When asked in an interview about the alleged exchange in May, the sheriff’s wife Vivian Villanueva did not directly address whether she discussed the incident with the lieutenant’s wife.

She said: “I know the woman. … I had a private discussion with my husband that I don’t want to talk about. As far as I know, the entire legal process played out. I have not participated in any criminal or administrative investigation.”

The lieutenant’s wife told the Times she did not discuss the incident with Vivian Villanueva. She said she had a verbal altercation with her husband, who never hit her or hurt her in any way, and that he “never should have been arrested.”

The two couples seem to have a friendship outside of work. Months before the lieutenant was arrested, his wife gave the Villanuevas a dog tag for their new dog, Simon, which read “Deputy Simon,” according to a photo of the gift on Villanueva’s Instagram.

23 Best Boxer Briefs for Men in 2022: The Most Comfortable, Breathable, and Supportive Options There Are

49ers look for bounce back when they host Seahawks