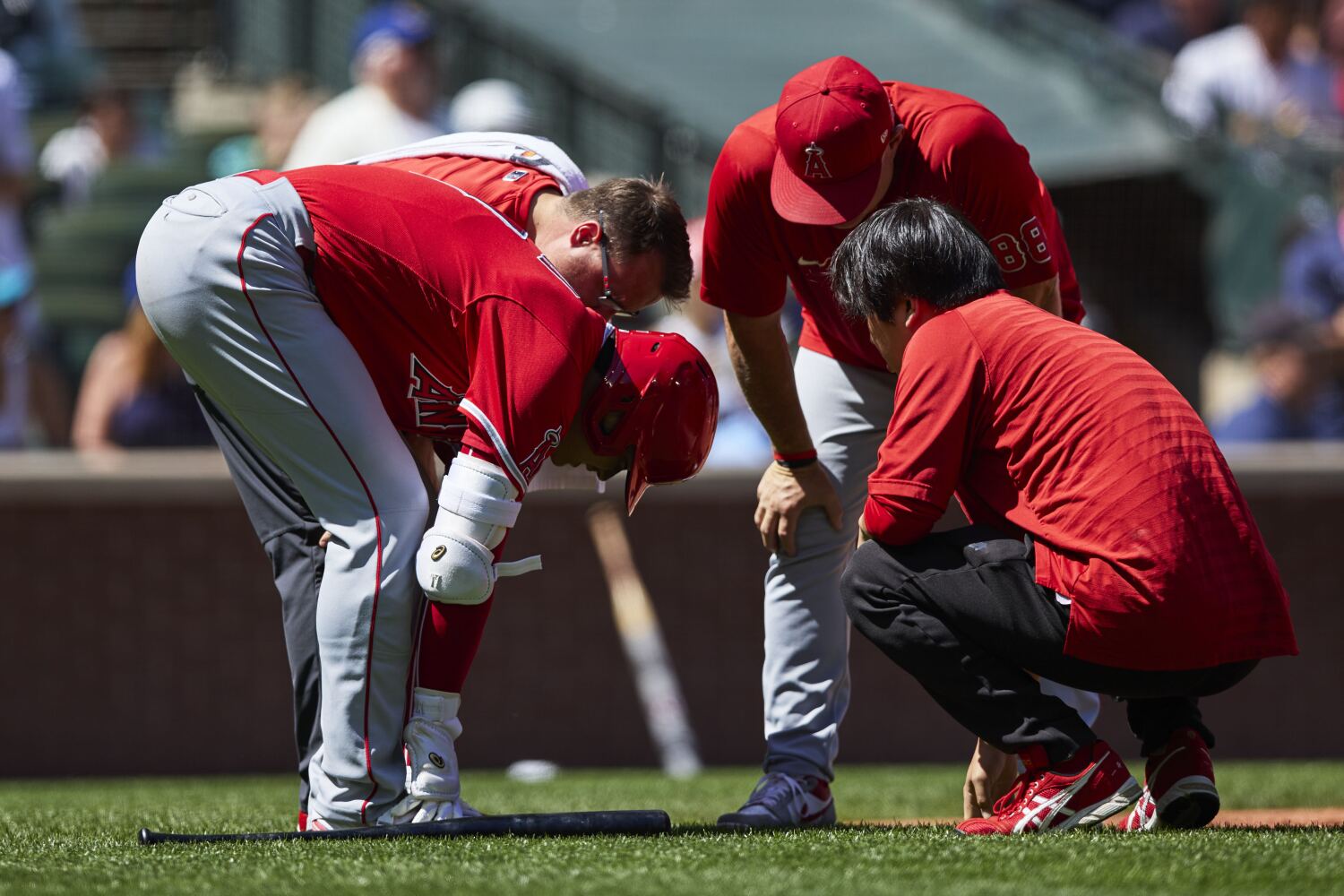 Jesse Winker hit a grand slam, Marco Gonzales hit seven and the Seattle Mariners beat the Angels 6-3 on Sunday as Shohei Ohtani received a visit from coaches and kept fighting.

Winker’s slam — the second of the season for Seattle and Winker’s third career — gave Seattle a 5-1 lead and helped the Mariners stay in third place in the AL wildcard race. Eugenio Suarez added two goals and clinched a run.

Two-way sensation Ohtani was visited by a trainer before his second shot after colliding with Gonzales near the circle on the deck but stayed in the game. Angels interim manager Phil Nevin told reporters after the game Ohtani is fine.

Gonzales (7-11) caught a two-game losing streak, giving up a walk and eight hits as Seattle won its second in three games. David Fletcher doubled for two runs in the fourth inning with three hits and added another RBI in the sixth to reduce Seattle’s lead to 6-3.

Andres Munoz, Penn Murfee and Paul Sewald combined for three scoreless innings of relief as Seattle went 22-9 in their last 31 games to an AL-best. Sewald made his 14th save in 17 attempts.

Angels starter Tucker Davidson (1-3) walked five in his first appearance since being acquired by the Atlanta Braves on Tuesday, hitting one in an uneven start over four innings. He gave up six earned runs and six hits.

Ty France and Mitch Haniger hit consecutive one-out singles in the third inning before Davidson walked Suarez and loaded the bases for winkers. The left fielder bent a 2-0 pitch around the foul pole in right field to lead 5-1. Sam Haggerty added a run-scoring double in the fifth.

Ohtani and Gonzales collided when the pitcher attempted to secure home plate on a throw from the outfield. Gonzales also got a visit from the coach and stayed in the game. Ohtani struck in that at-bat but appeared to be limping a bit after hitting base with a single in the fifth inning.

Ohtani fought the Mariners in the four-game series, going 2 for 16 with seven strikeouts.

EXPLAINER: Was Devon Allen too fast for his own good?