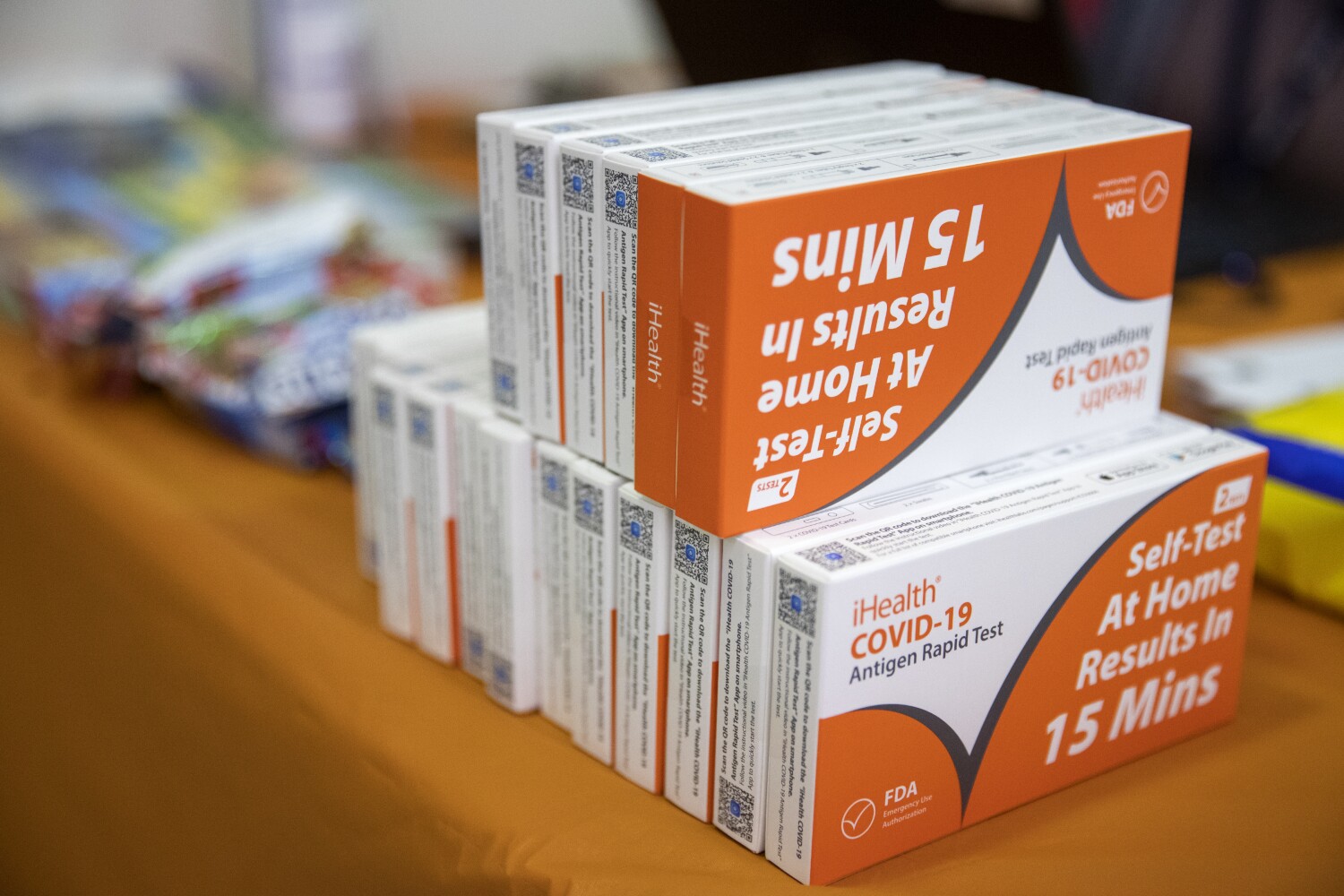 One reason is that some people’s symptoms are so mild that they don’t seek treatment or even get tested. However, another important factor may be the large number of people doing home testing and not reporting the results.

“Home tests lead to significant underestimates of the number of cases,” said Dr. Robert Wachter, chair of the medical school at UC San Francisco, in an email. “Apparently many hundreds of thousands of people are now being diagnosed with positive home tests (generally plus symptoms) and these are not being reported.”

Some test kits advise you to call your doctor. Others want you to use the test maker’s app.

The problem, however, is that the healthcare system frowns on user-generated test results — local health officials prioritize quality over quantity when it comes to data. In Los Angeles County and many other jurisdictions, there is no way to report store-bought home test results.

“COVID-19 surveillance continues to be based on laboratory test results,” not self-testing, the Centers for Disease Control and Prevention says on its website. Although data on new cases is helping public health officials slow the spread of COVID, “the public health community, including the CDC, is confident that situational awareness remains strong without receiving self-test results.”

So what should you do after taking a test? If it comes back positive, health officials say you should isolate at home, notify those you’ve been in close contact with and tell your doctor. The LA County Department of Public Health has a hotline you can call – (833) 540-0473 – if you have questions, need referrals, or need help notifying your close contacts. (The Times columnist Robin Abcarian recently called the hotline and reported a smooth, helpful process.)

A spokeswoman said the health department “will document and interview those who call us with positive results.” But the department doesn’t want to be contacted about negative test results.

So, as more people test themselves using the kits provided free by the federal government or the test boxes sold in pharmacies, the official figures on new infections and positivity rates (i.e. the percentage of tests that detect the virus) will provide a less accurate picture of health the population.

That’s not necessarily a bad thing — it’s just a cautionary tale about the data we’re relying on to chart a path through the pandemic.

Experts say there has always been a discrepancy between reported coronavirus case numbers and the truth. Because many people who contract the virus show few or no symptoms, many infections go unreported.

Similarly, test positivity rates tend to be inflated because the people most likely to show up at a testing center are those with COVID-like symptoms. Large organizations that require all members to be tested regularly invariably have lower positivity rates than sites that only test people who think they may be sick.

Getting more people tested more frequently, as a number of other developed countries are doing, could help identify outbreaks and contain their spread. But for a variety of reasons, a growing reliance on rapid at-home testing kits may not be helping public health officials track and understand the pandemic.

There are a number of situations that might prompt people to test themselves. The CDC suggests doing a self-test “if you have COVID-19 symptoms or have been or may have been exposed to a person with COVID-19.” (Symptoms to look out for include fever or chills, cough, shortness of breath, fatigue, and sore throat.)

Another good time to do a self-test, the agency says, is before meeting with people who are at higher risk of infection, such as those who have children. B. unvaccinated, elderly or people with weakened immune systems. Or maybe you want to attend an event that requires proof of a negative test.

Public health officials generally do not include home test results in confirmed case counts. One reason is that inexpensive rapid tests are antigen tests, while clinics and county testing centers use polymerase chain reaction or PCR tests, which are better at detecting infections in their early stages. Then there is the question of whether the people who are testing at home are doing it correctly or reporting the results correctly.

dr Sara H. Cody, Santa Clara County health officer and director of public health, agreed with Wachter that the new infections reported by health officials each day are “outnumbered.” But that may not be as great a downside as it was at the start of the pandemic.

Back then, Cody says, health officials “followed every case so carefully” because “it was really, really important to our understanding of the pandemic and to our policy making.” But now, she said, “we’re in a very different place in the pandemic.”

Wachter, Cody and other health experts said policymakers’ focus has shifted from caseload to other metrics, such as hospitalizations and positivity rates. Granted, positivity rates are hurt by the exclusion of home test results. But Cody said it still makes sense to have an apples-to-apples comparison of positive test rates over time.

Despite the data problems they cause, home antigen testing is an important adjunct to PCR testing, Cody said. They warn people who need to isolate and “reduce the chances they’ll go ahead and infect others, which is broadly important for public health”.

Also, the LA County Health Department says the number of coronavirus cases isn’t as telling as the trends they reveal.

“As with many reportable diseases, the reported numbers have never captured all cases,” said a spokeswoman. “But they did provide trend lines so we can better understand what’s happening and to help model what are probably the most accurate numbers.”

https://www.latimes.com/science/story/2022-07-19/you-just-tested-yourself-for-covid-19-should-you-report-the-results-to-l-a-county Should you report the results of your COVID self-test?

Engadget Podcast: What to expect at Apple’s ‘Far Out’ event on September 7th

What is the world’s tallest tree?