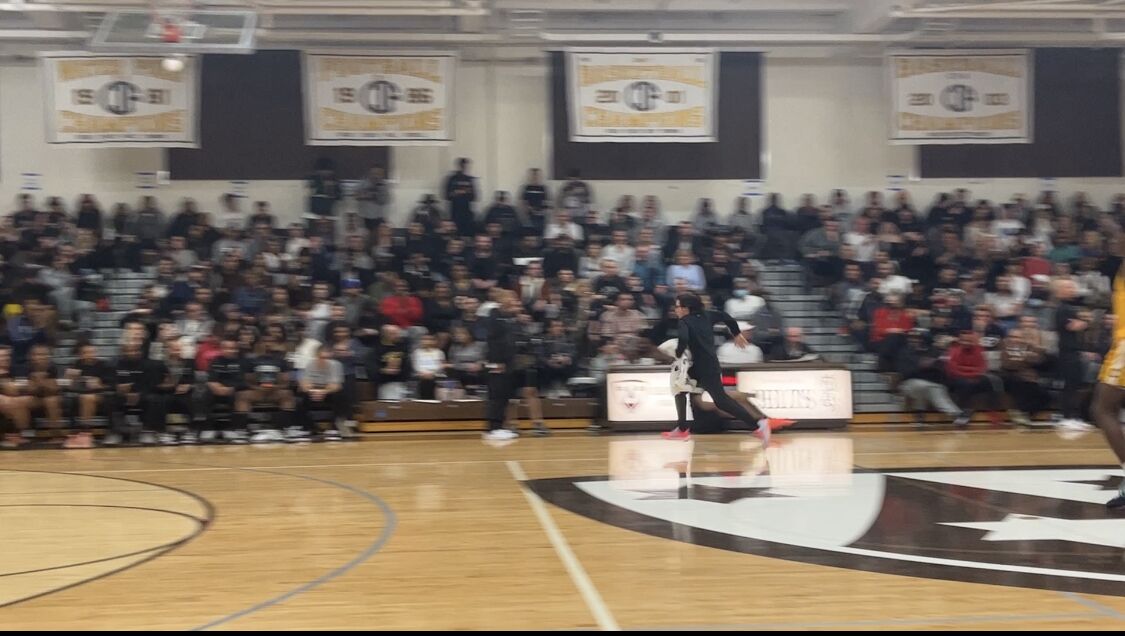 On Friday night against Crespi, no star was brighter than Erik Ginsburg.

He brought sand. Heart. Hurry. From the ground he was perfect. He gave a spark of energy to the Crespi gym and the deafening student division when the game fell short in a dirty 64-47 Trailblazers win. And then, out of politeness, it went viral a tweet from Ballislife.com, and his blistering speed brought smiles from none other than LeBron James on the sidelines.

Ginsburg is a 12-year-old team manager.

As Crespi’s stuffy gym repeatedly left damp on the floor Friday night and stopped play at least five times, Ginsburg sprinted across the floor to dodge on his knees and scrub the hardwood with a Gatorade towel. In the midst of a blowout, suddenly Ginsburg was the main attraction.

Every time a whistle blew and the bespectacled seventh-graders stepped out from behind the Sierra Canyon bench, a hum grew louder, wiped up the mess, came back and smacked excitedly on the hands of a cheering Trailblazers bench. On his last appearance in the fourth quarter, he received more applause than any other player on the field.

Gregg and Susan, his parents, said Erik wanted to do more to voluntarily enter his seventh year. They didn’t expect this to mean working with the basketball team. But he’s played a pivotal role in the 18-3 Trailblazers’ success, posting incredible season stats in water dealt and floor mopping efficiency.

He drew daps from Bronny James and point guard Dylan Metoyer in the game, and senior Osiris Nalls Jr. was there with a big smile after the game.

“Friends for life,” Ginsburg said to the Trailblazers with a big grin.

One of Ginsburg’s favorite memories of the year – the very first game against King/Drew, when he rushed over to wipe the pitch and remembered Bronny James coming over and smacking him.

“He respects everyone,” Ginsburg said of James. “I just see him as a friend.”

Ginsburg has big dreams – he wants to go to MIT. If he approaches his studies with the same aplomb as he does his duties in the Sierra Canyon, the sky’s probably the limit.

Who bought the 'Goonies' house in Oregon?