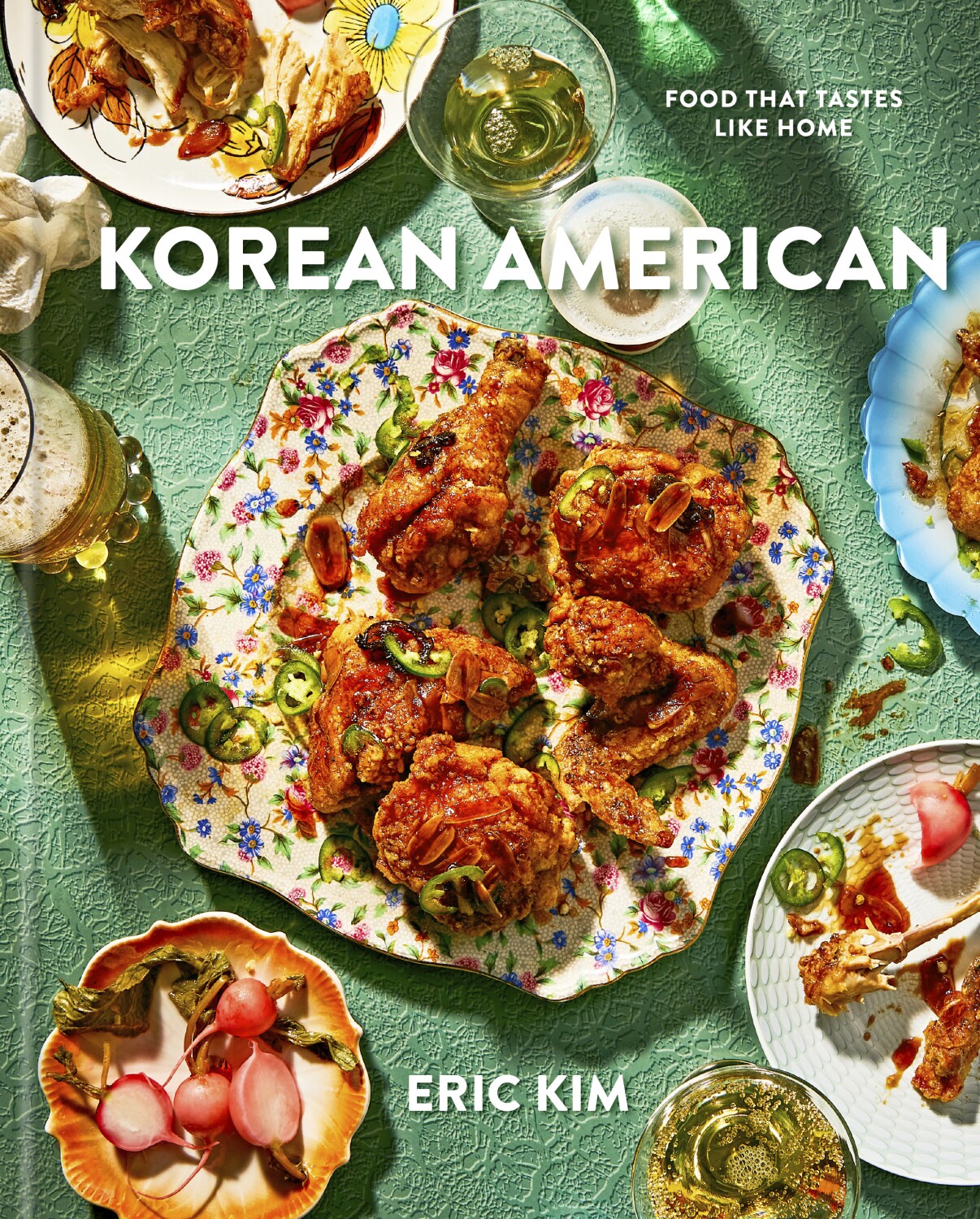 When Angelenos are asked about local cuisine, Korean food is usually one of their top three choices. By most estimates, Southern California is home to more Korean Americans than any other region outside of the Korean peninsula. So it’s no surprise that Eric Kim – a writer born in Atlanta, New York and columnist for the New York Times – has a lot of fans in LA.

His articles on growing up as a first-generation Korean-American in Atlanta perfectly encapsulate the push and pull between these cultural identities. And his lens for this dialogue is his mother’s home cooking, which he writes about with reverence in his first cookbook, “Korean-Americans: Food That Tastes Like Good at home.”

Throughout the book, he recounts the moments in his life that were shaped by his mother’s cooking, whether it was an after-school snack, a celebratory dinner after the successful sale of his father’s business. or even after returning home from a teenage runaway. Every meaningful memory in his life is shaped and punctuated by his mother’s food, which beautifully strikes a balance between classic American dishes made with ingredients Korea and vice versa: Korean staples transformed with American ingredients his mother used to adapt her dishes to a new world when she and Kim’s father immigrated entered the United States in the early 1980s.

Pork chops, a convenient and economical dish in many American households back then, were seasoned here with lots of salt and pepper, marinated until golden and then topped with “pickled” green onions. vinegar”, which is equivalent to pa muchim, a gochugaru-spiced green onion salad often served with grilled pork belly at Korean barbecue restaurants to cut down on the meat’s richness.

And in his gochujang glazed zucchini with fried scallions, gochujang-based sauce, toasted sesame oil, garlic, and brown sugar – a combination that pops up frequently in books and makes everything enticing – is toned down. until sticky and glossy. zucchini cubes are lightly grilled in delicious scallion oil.

All of the recipes in Kim’s book perfectly combine his Korean and American identities in the simplest of ways, masterfully using classic dressing or salad dressings or recipes. meat to highlight the degree of connection between the two dishes.

Many Korean ingredients – like gochujang, kimchi, and tteok – are very common and readily available in the US today, so it’s great to see how his mother’s cooking has always been approachable and “American”. And now that people outside of Kim’s identity have caught on to those amazing flavors, we can all share with his mother invaluable knowledge on how to use them to create delicious, memorable meals for yourself.