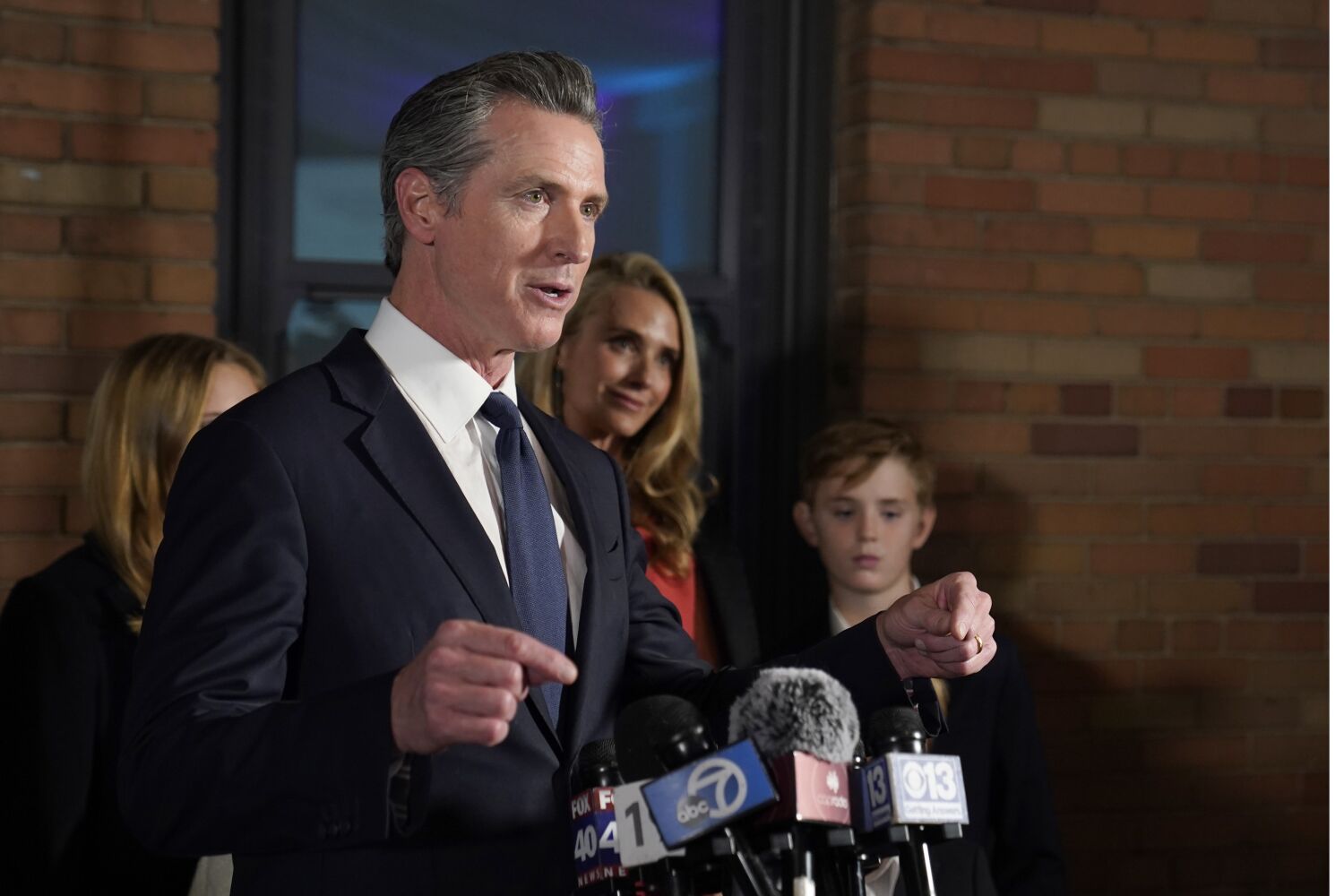 There are worse things than getting stabbed at the gas pump. You could be locked out on a dry pump.

There couldn’t be any gas to buy at all. Then there were long lines at gas stations offering petrol. And the cost wouldn’t bother you much.

That is unlikely to happen following Gov. Gavin Newsom’s proposal to cover the “greedy” oil companies with a windfall profits tax. But it was in the terrible past, so let’s hope our leaders learned.

Correct the above: Newsom now calls it a “penalty,” not a tax. Californians tend to rebel against taxes. And they’re harder to overtake than a simple fine or penalty.

“I don’t care what he calls it,” says Catherine Reheis-Boyd, chief executive of the Western States Petroleum Assn. “It’s a bad idea.

“Will the governor of this state work with our industry to continue providing reliable and affordable fuel as we evolve toward an alternative transportation system? Does he want to find out? Or does he just keep demonizing us?”

The gas supply was reliable, no question. But was it affordable? Not for many people.

If Newsom and lawmakers don’t draft their laws carefully to limit oil industry profits, they could end the reliability of the gas supply by shutting down production. Why bother without the prospect of a decent reward?

Some of us remember severe fuel shortages and cars queuing for blocks waiting to get gas in the 1970s.

“I was 16 and had just gotten my license,” recalls Severin Borenstein, faculty director at the UC Berkeley Energy Institute.

“I’m worried – worried that if we don’t craft this legislation very carefully, we could go down that path.”

It was a very bumpy road. Motorists began queuing at gas stations before dawn. There were fist fights. Pumps ran dry. Gas prices went up – the law of supply and demand. You could only fill up on certain days. The national speed limit has been reduced to 55 miles per hour.

Panic buying emerged in 1973 when producers from Arab nations, led by Saudi Arabia, announced an oil embargo on the United States and other countries that supported Israel in the Yom Kippur War.

But Borenstein says the biggest problem was that President Nixon put price controls on domestic oil and didn’t let them rise.

“Refiners had less incentive to produce gas,” he says. “That’s the lesson for today.”

Borenstein says there are two ways we could suffer a return of 1970s nightmares.

One is when the governor and legislature set allowable refinery profits too low.

“That would actually discourage the production of gasoline,” he says. “I suspect that won’t happen. But it will have an impact in the political process.”

The other way, says the energy scientist, is when refineries cut production because they fear being prosecuted for breaking the law. Raising their prices to cover costs and paying a higher tax might be acceptable, he says. But being convicted of a crime might be considered bad PR – even if it’s just for making what the state considers excessive profit.

The Newsom administration claims speculation about production declines and gas shortages is nonsense.

“It’s the largest market in the country,” says Newsom spokesman Alex Stack. “Why would the industry give up billions of dollars in profits every year?

“That [profit] The threshold is set so high that there are not remotely any delivery bottlenecks or lines. It’s just not going to happen.”

“I wasn’t alive in the ’70s, but we all learned a lot,” says Lauren Sanchez, the governor’s chief adviser on combating climate change. “We’re very focused on that [profit] threshold high enough. We’re not opposed to making a profit in California. We want to avoid these massive price spikes that are really inexplicable.”

Under the legislation, the state government would be given additional powers to break into industry books and enact regulations. As an example, the bill sponsors point to electricity.

But wait: Private energy companies like Pacific Gas & Electric get monopolies on their territories and guaranteed profits. This is not the case with oil companies.

What really pisses off the industry is demagogic-sounding statements like Newsom’s on Monday when he called a special legislative session on excessive profits.

“California’s penalty for price gouging is simple—either Big Oil reins in profits and prices, or they pay a fine. Big Oil has lied and outdone Californians long enough to line their own pockets.”

The industry attributes recent high prices to increased production costs driven by government measures including a reduction in oil drilling and stricter regulations as California phase out fossil fuel use.

“The enormous cost that California imposes on consumers just to say, ‘We are leaders’ is irresponsible,” Reheis-Boyd claims in a dig at Newsom.

By calling it a “penalty” for excessive profits rather than a tax, it means the bill can pass the legislature by a simple majority rather than a supermajority.

“If it’s a majority vote, this legislature is so progressive that you could put a statue of Karl Marx in the rotunda,” says Democratic adviser David Townsend.

Maybe. But the Gas Gouging Act could well spark the biggest legislative battle of 2023.