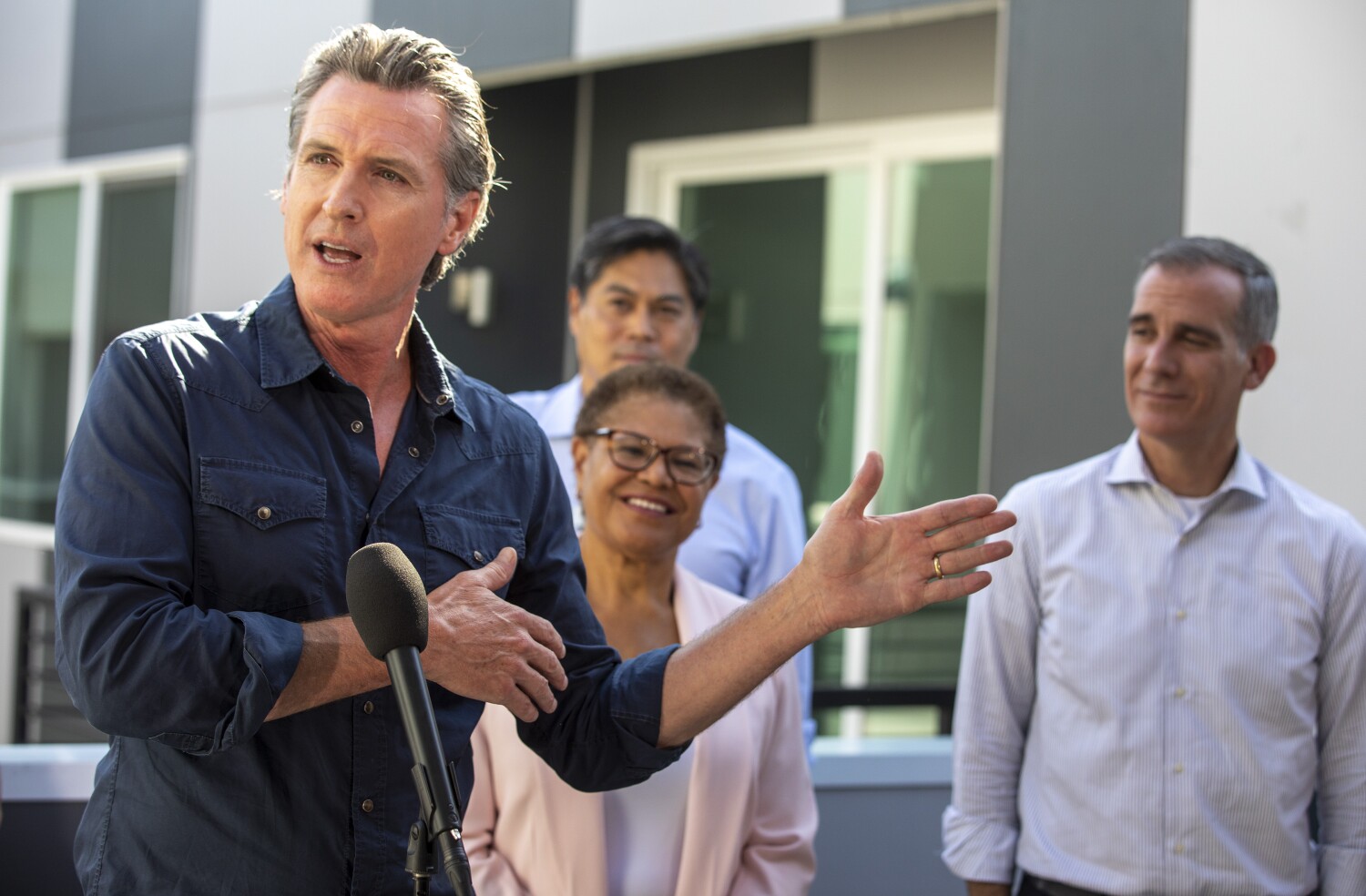 Despite many private complaints about him, Governor Gavin Newsom emerged as a big winner at the end of the California Legislature’s biennial session.

The bitching was over because he waited until the last minute before sending lawmakers an ambitious package of proposals to tackle climate change.

Most of these were passed, however, demonstrating the impressive power of a governor — especially one from the same party that controls the legislature. In this one-party rule, one person usually decides when he wants: the governor.

Sources who asked not to be identified told me that some assembly Democrats loyal to Speaker Anthony Rendon (D-Lakewood) were blocking a major climate bill that Newsom was proposing. They simply refused to vote. Its purpose was reportedly to punish the governor for submitting the measure too late for careful consideration. Rendon himself voted in favor of the bill.

Lawmakers don’t like being bothered by a governor, even one from their own party.

Games are always played in the legislature, especially on the last night of a session.

A key gun control law died just before midnight, falling a vote short of the two-thirds majority needed to pass it. It would have placed strong limits on carrying concealed weapons. California’s old borders have been ruled unconstitutional by the US Supreme Court.

A congressman who normally supports gun controls has an ongoing feud with the Senate author of the bill and has declined to vote on his measure.

“I wish I was powerful enough to kill every bill single-handedly. There are 120 members of the legislature and many of them did not support this bill. That’s why it failed,” Rep. Patrick O’Donnell (D-Long Beach) replied in a written statement when I asked about his abstention.

“The author’s staff could not answer basic questions about the bill. I will not enact anything…that may not be constitutional.”

But then O’Donnell ended with a comment suggesting there was more at play. He said the author “needs to look in the mirror as to why this bill failed.”

Portantino said he will reintroduce the bill when the next legislature meets. By then, O’Donnell will be back as a full-time high school teacher.

“The governor was disappointed that the bill failed,” said Newsom spokesman Anthony York.

But Newsom scored several big victories at the end of the legislature — the biggest being his bill to keep the Diablo Canyon nuclear power plant open for another five years.

Many Democrats would have preferred the plant to close in 2025, as agreed in 2016 between owner Pacific Gas & Electric Co. and environmental groups. Concerned about earthquake safety, environmentalists wanted California to focus more on renewable energy development.

Newsom supported the closure of the plant at the time. But he recently concluded that by 2025, California won’t have enough renewable energy to replace Diablo, a carbon-clean energy source that produces 8.5% of the state’s electricity. There would likely be power outages – lights, air conditioning and electric vehicle chargers will be shut down.

Newsom deserves credit for flip-flopping — which is usually seen as a political no-go — and having the courage to change his mind. Of course, he also feared being held responsible for power outages in the summer.

Most Democratic lawmakers concurred with this view — as did Assembly Republicans.

It was strange and unprecedented to see a Republican lawmaker being the floor jockey of a Democratic gubernatorial bill. Representative Jordan Cunningham (R-Templeton) was carefully chosen to handle the bill in the House of Commons since Diablo is in his district.

Most Republicans followed in support — 16 of 19 voted “yes.” I wonder if there would be less partisanship if the Democrats occasionally called Republicans into the action.

The measure went easily, 69-3. Rendon did not vote.

“The speaker supported the original legislation to close Diablo Canyon and generally maintains that position to this day,” said spokeswoman Katie Talbot.

There was the usual partisan split in the Senate. Sen. Brian Dahle, the losing Republican gubernatorial candidate from tiny Bieber, Lassen County, said he “won’t bail out the governor” from previous bad decisions. He accused Newsom of setting climate change targets without adequately planning how to achieve them.

But that is exactly what the governor wanted to achieve with this climate package.

The measure was significantly modified from Newsom’s original proposal at the insistence of Senator John Laird (D-Santa Cruz). Diablo is in his district.

The factory expansion was shortened from 10 to five years. A $1.4 billion loan to PG&E for maintenance and upgrades will be phased in, starting at $350 million. The loan is to be repaid with federal grants anyway. The California Coastal Commission must approve the extension. Newsom wanted to shut down the agency. $1.1 billion will be spent on green energy.

The legislation “just does what is necessary,” Laird said.

Newsom has also struggled through several climate bills. One will legislate for California to become carbon neutral by 2045. And to ensure that 100% of California’s electricity is carbon-free by 2045, there are intermediate targets of 90% by 2035 and 95% by 2040.

The bill, which failed – and was perhaps sabotaged – would have set a target of reducing greenhouse gas emissions by 55% below 1990 levels by 2030. The target is now 40%. But there are some doubts that even that can be achieved.

Newsom also scored points with legislation banning new oil wells within 3,200 feet of homes, schools, hospitals and other “sensitive” locations. He had to face strong opposition from the oil industry.

It was Newsom’s most successful legislature.

But next year, when he’s re-elected in November, he’ll start to be a lame duck with dwindling influence. Government tax revenues are bound to fall in this crazy economy. So enjoy the moment, governor.

Winning numbers: Did somebody win the Mega Millions jackpot?

New lawsuit claims Skittles are ‘unsafe’ to eat, are made with known toxin