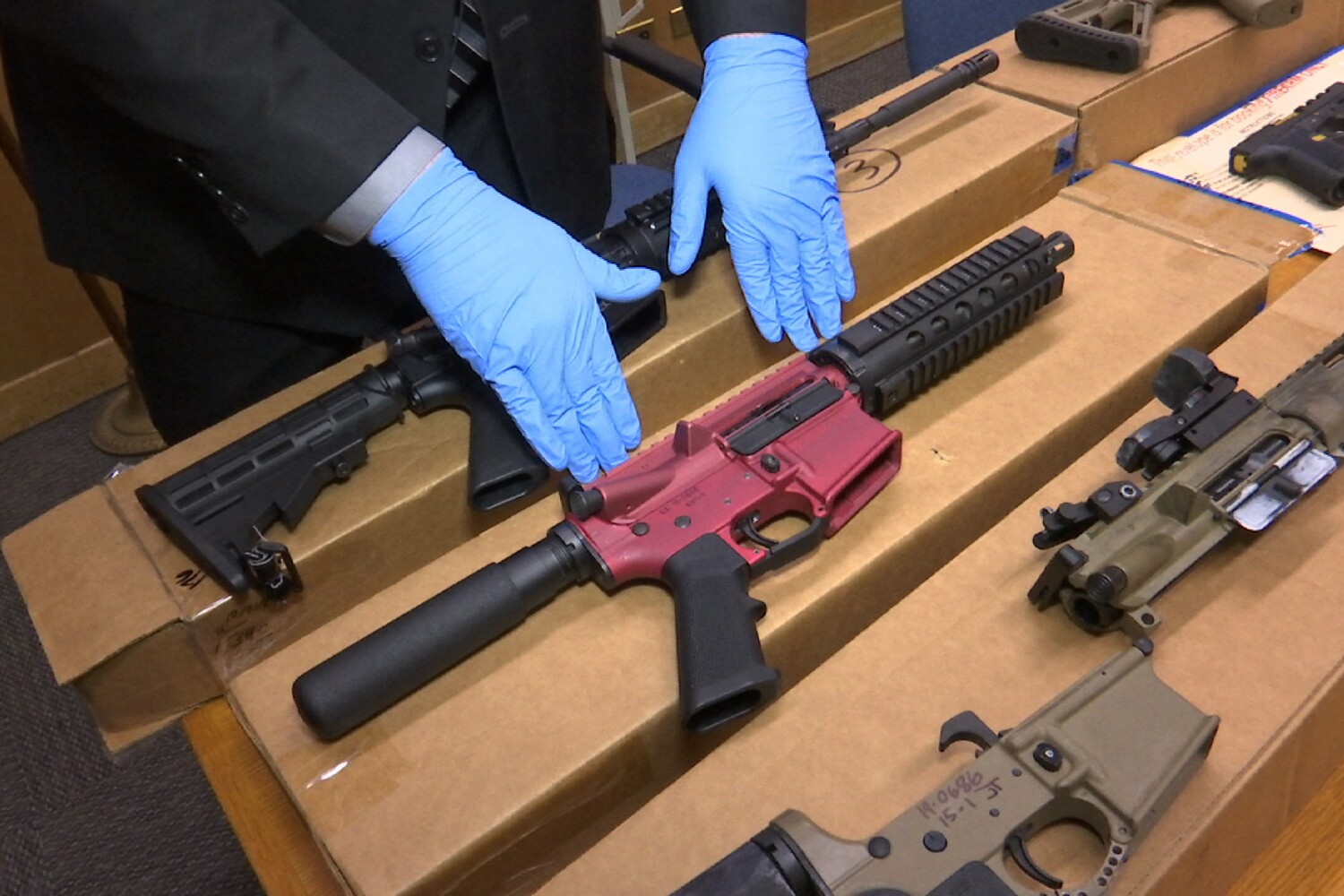 Politicization pays off. And hopefully we’re heading down the slippery slope that gun lobbies have long feared.

The response of gun groups and their chosen toadyeaters is automatic every time there is another horrific mass shooting, and frustrated firearm safety advocates go beyond the traditional “thoughts and prayers” by asking why we allow civilians to carry weapons of war to acquire. Why is America the undisputed leader of gun violence in the industrialized world?

Sane people who raise these reasonable questions are immediately denounced for “politicizing” the tragedy.

You bet, and good for outraged gun control advocates. We can change things in America by politicizing an issue, not by pulling guns off the gun racks and shooting. Or the invasion of the US Capitol.

Thanks to traditional Democratic politicization, public pressure has been put on enough Republican US Senators to get them to agree on a framework for very modest gun legislation last week.

Of course, it helped that the 10 Republican signatories are not running for re-election this year. In fact, four are retiring. So you won’t be faced with gun-worshipping voters in November and you could be listening to the rest of us.

Gun lobbies – led by the National Rifle Assn. — have blocked even the tamest gun controls for the last few years, warning that they would put us “on the slippery slope” to more aggressive action.

Let’s hope they’re right and that this compromise gets shy Republicans to pass legislation that protects schoolchildren from tortured, assault-wielding killers — and battered women from sick, gun-wielding partners.

We can only hope that the slippery slope leads to the restoration of the ban on assault weapons and the banning of high-capacity magazines. At a minimum, Congress should require universal, substantive background checks on all gun sales—regardless of whether the gun is being sold by a licensed dealer or a private peddler. Just like we do in California.

But Congress won’t be doing that any time soon. So let’s be thankful for the safety measures we can take.

“It’s not everything we hoped for. It won’t solve the gun violence crisis,” said Ari Freilich, state policy director for the Giffords Law Center on Gun Violence Prevention.

“I’m thrilled. I wasn’t expecting anything,” says Asst. Professor Veronica Pear of the UC Davis Violence Prevention Research Program. “It’s a lot less than I’d like, but maybe next time it won’t be as hard,” Compromises to comply with gun control legislation.

In fact, the Senate framework, assuming it is actually written into legislation and passed, has some important elements.

The bipartisan deal, crafted by Sens. Christopher S. Murphy (D-Conn.) and John Cornyn (R-Tex.), would require expanded background checks for 18- to 21-year-old gun buyers. They should be made mandatory for firearm buyers of all ages, but this is a start.

The suspect in the recent racist shooting of 10 black men at a Buffalo, NY grocery store and the mass murderer of 19 students and two teachers at an elementary school in Uvalde, Texas, were both 18 years old

The compromise would also close the so-called “boyfriend” loophole. Now a man who beats a spouse or significant other can be found guilty of domestic violence and banned from possessing a gun. But if he doesn’t live with the abused woman, he has a legal right to a gun. Under the Senate agreement, he would be stripped of his guns and legally unable to purchase more.

There would be billions of dollars – the exact amount has not yet been determined – for mental health services and so-called “red flag” programs.

The red flag money is especially important because these programs help keep guns away from potential murderers or suicidal minds in states where they exist, like California.

In California, they allow families, teachers, and co-workers to report suspected gun owners. A judge can then order the temporary confiscation of their weapons.

Nineteen states have a red flag version of the law, and they would all receive federal money to boost their efforts under the Senate package. Importantly, there would be financial incentives for other states to create their own programs.

A recent study by violence prevention researchers at UC Davis found that 58 people who threatened mass shootings were disarmed during the first three years of California’s six-year-old Red Flag program. At least 12 school shootings have been prevented.

As for the Senate framework, Wintemute says, “It’s progress we haven’t seen in a very long time. It’s all for the better. At the same time, everyone recognizes that it is far from appropriate and people are hoping that this could be a first step.”

A step towards the slippery slope.

Meanwhile, the California Legislature and Gov. Gavin Newsom are setting aside money and pushing ahead with bills to tighten the state’s gun laws.

The $300 billion budget passed by the Legislature on Monday includes $40 million to enforce the red flag law, particularly in domestic violence cases.

A bill that is on the way would ban “ghost guns,” which have no serial numbers and cannot be traced. They are assembled from kits and require no background checks. Under the law, they would be treated like any other firearm.

Another bill would allow victims of gun violence to sue manufacturers and dealers who circumvent California gun standards.

Meanwhile, the US Senate’s bipartisan bid may seem like small potatoes – but it really is a big deal.