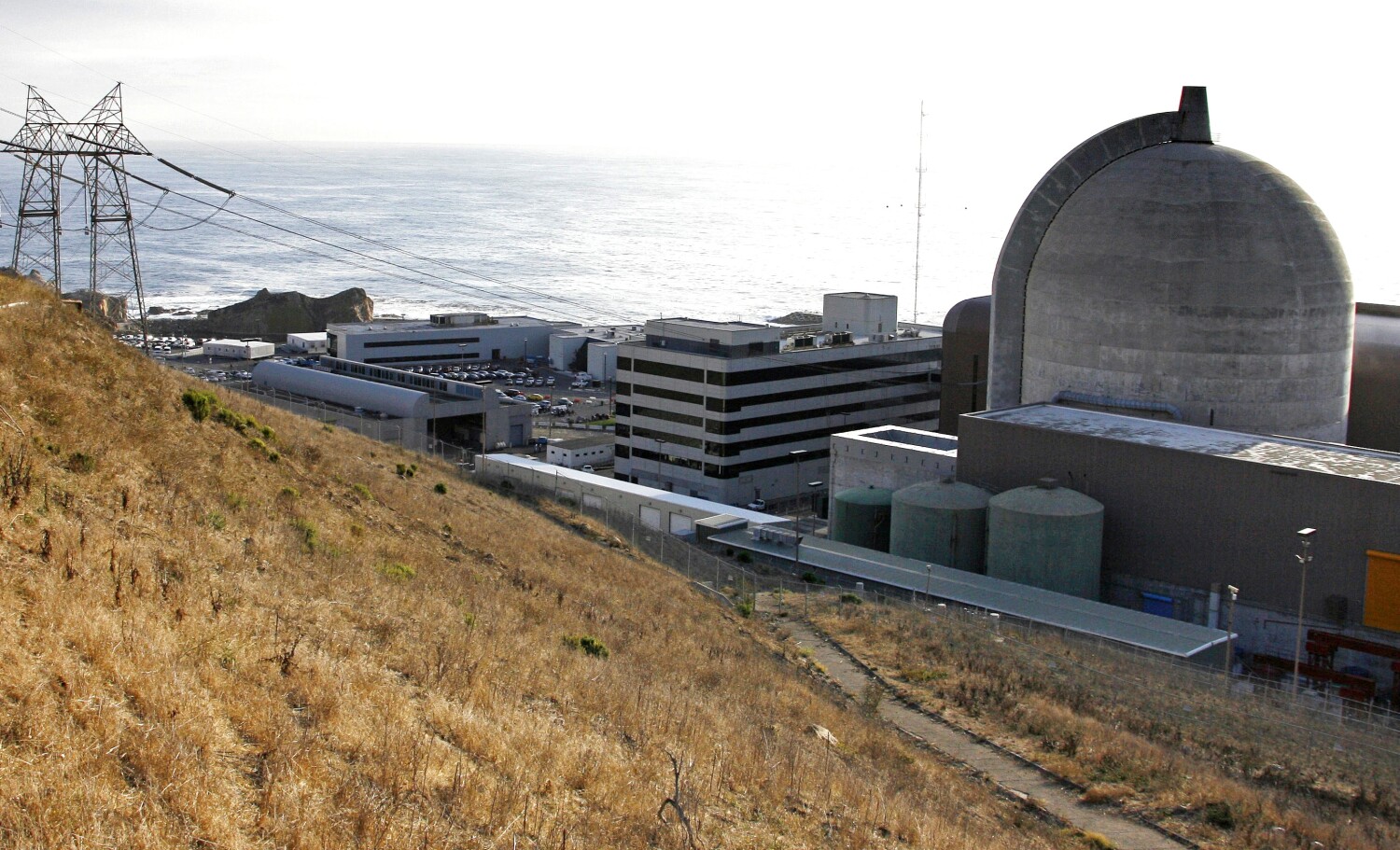 The dust in the State Capitol over nuclear power is the direct result of politicians either setting unrealistic goals or not planning – or both.

Most of the blame lies with Governor Gavin Newsom and his predecessor, Jerry Brown, although the Legislature is certainly involved.

Brown issued an executive order in 2018 setting an ambitious goal for California to use 100% carbon-free electricity by 2045. Now Newsom is asking lawmakers to make that goal legally binding.

To reach that mark, California must gradually transition to exclusively renewable energy sources such as solar, wind, geothermal, and hydroelectric power.

It is California’s last nuclear power plant and is scheduled to shut down in 2025.

“A lot of these people think that just setting a goal is self-fulfilling. Well, it’s not,” says Dan Richard, a technical consultant who formerly ran the California High-Speed ​​Rail Authority.

“You can’t wave a wand and make these things appear. It’s not like flipping a light switch. The reality is that we are unable to achieve the goals. The pace has to be literally two to three times faster.”

The pressing problem is not missing targets, but avoiding politically embarrassing blackouts when Diablo stops generating power. It currently produces 8.5% of California’s electricity and 15% of its carbon-free electricity.

Hardly anyone loves nuclear power. It has rocked the public for decades since the Three Mile Island accident in 1979 and the release of the popular film The China Syndrome.

There’s one particularly scary aspect of Diablo: nearby earthquake faults. But they are discounted by Diablo advocates.

“There’s always a risk, but I have a lot of faith in Diablo,” said Peter Yanev, consultant for seismic engineering. “Because of its design, it’s probably one of the safest places to be in an earthquake.”

What particularly worries Newsom is the likely prospect of power outages after Diablo shuts down. You would probably come across his watch.

“Do one of these [legislators] Do you really want to own the next Blackout?” Richard says. “The spirit of Gray Davis hovers over us all.”

Davis was removed as governor in 2003 primarily because of a protracted statewide energy crisis. It was created by Texas power pirates like Enron, but handled awkwardly by Davis.

“It’s crazy to shut down an existing zero-carbon resource in hopes that something will come up to replace it,” says Richard.

Newsom is asking the Legislature to pass legislation that would allow Diablo to stay open for another decade. But many lawmakers are ticked because he waited until the last minute, August 12. Their biennial session ends on Wednesday. Legislative leaders don’t like it when a governor bothers them.

Diablo is the most contentious issue they face.

A coalition of environmental groups – including the Sierra Club and the Natural Resources Defense Council – strongly oppose Newsom’s proposal.

“A dangerous and costly distraction to achieving our common goal [zero-carbon] Goals,” the coalition claimed in a letter to the legislature.

Central to Newsom’s legislation is a $1.4 billion loan to Diablo’s owner, Pacific Gas & Electric Co., to help fund the deferred maintenance needed to keep the plant running and to apply for renewal of the federal license.

However, the loan is expected not to have to be repaid because the Biden administration has a $6 billion treasury for states to draw from to help keep nuclear plants open. The federal money will be distributed by Secretary of Energy Jennifer Granholm, who grew up in the Bay Area and works to keep nuclear plants alive to help fight climate change.

“The expectation is that federal agencies will end up paying for most, if not all, of this,” said Newsom spokesman Anthony York.

However, the deadline to apply for these federal funds is fast approaching: September 6th. That’s why loan approval and a commitment from the legislature for Diablo is so urgent, York says. Without legislative action, the state cannot apply for the federal funds.

Some lawmakers have put forward a vague proposal to let the plant close as planned and spend the $1.4 billion on expanding renewable energy and modernizing the power grid.

York told the Associated Press that the proposal felt like “imagination and pixie dust.”

To be honest, I oppose the idea because no legislature is willing to put their name on it. They are apparently afraid of being seen bucking the governor.

It appears that Newsom and the Legislature are headed for a halfway solution: taking steps to keep Diablo running, but not making a firm commitment.

“It wouldn’t be a final decision. It would be an opportunity to make a final decision,” said Senator John Laird (D-Santa Cruz), who has led a compromise effort. “Maybe a quarter of the $1.4 billion.

“We want to kick the hoops on the program.”

There would be an “offramp” if federal money were denied. And another offramp if enough renewable energy showed up.

We should be putting a lot more money – and planning – into renewable energy.

And keep Diablo open when needed to keep the lights and air conditioning working – and electric vehicles charging.