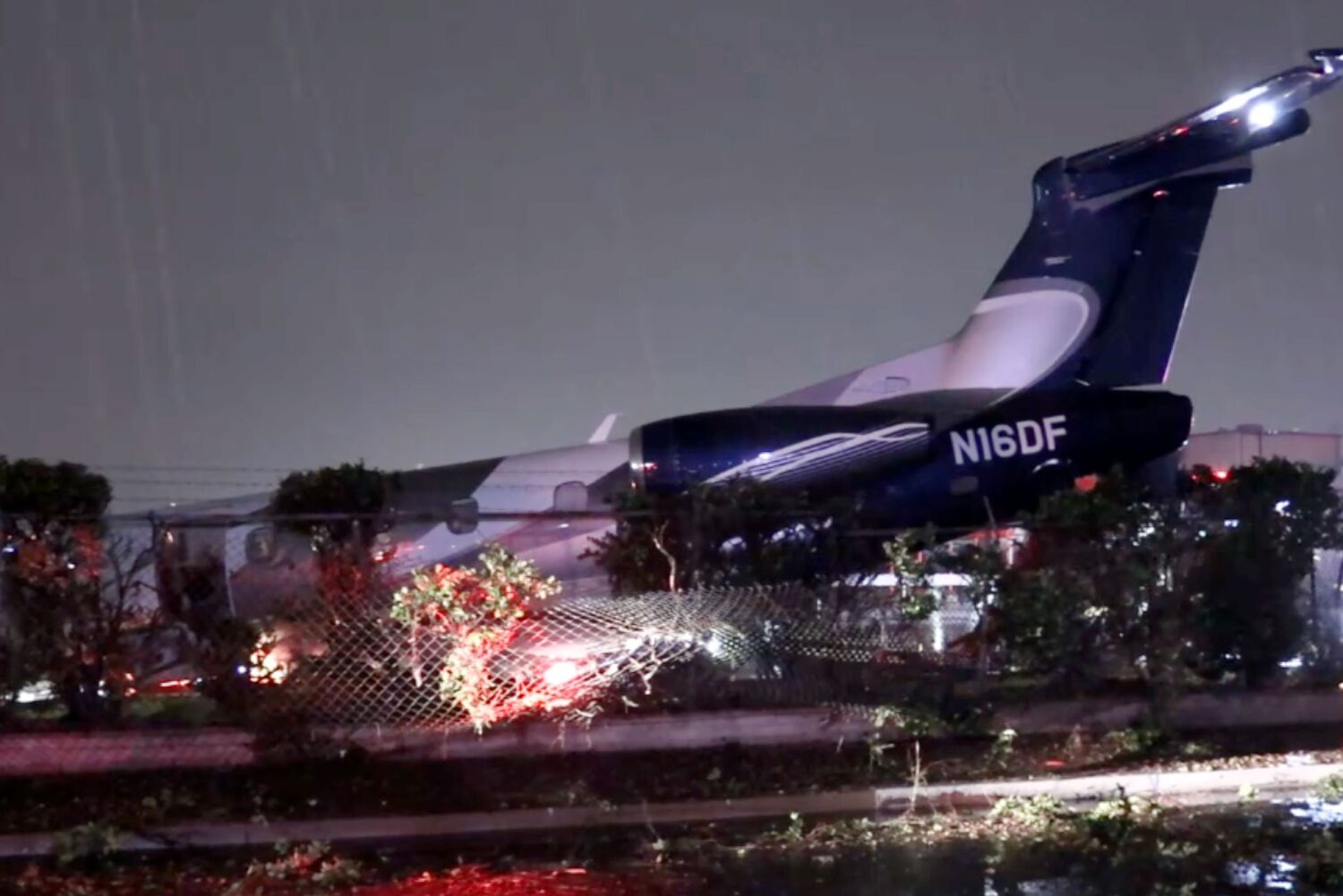 Firefighters were called at 6:32 p.m. to a report of a plane crash at the airport, said Ed Pickett, a senior dispatcher for the Los Angeles County Fire Department.

The 11-passenger Embraer Phenom 300 had seven people on board, including the pilot, said Henry Narvaez, a spokesman for the fire department.

The jet landed but failed to come to a halt where it normally would, failed to turn around and crashed into the airport’s western fence, Narvaez said.

All seven on board the plane were able to extricate themselves by the time firefighters arrived, he said, and there were no injuries.

Photos circulating on Twitter show a jet with visibly damaged front landing gear. The aircraft is tilted forward and resting on its nose.

A tail number search reveals that the aircraft is registered with Skystallion, based in San Francisco.

Boy, 11, told Santa he wanted no gifts in heartwarming letter - as his life is already ‘perfect’

Action News Troubleshooters: 2 friends get caught up in rental scam. Here’s how to protect yourself